JOHN OSTRANDER: The Joy of Writing 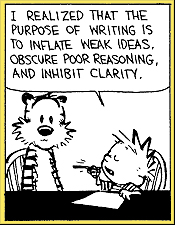 I love writing. Most days.

Sometimes it’s a grind. It’s not working for some reason. I stare at the blank screen or the empty page and wonder why I ever thought I could do this. Creative constipation. It’s affected every writer I have ever heard of.

I most enjoy it when I’m working in my journal. I have a bound book of lined pages and that’s where I go, black ballpoint in hand, to figure out the story or the characters. My thoughts seem to flow into the pen and the ink flows onto the paper carrying my thoughts and they take a form. It’s a physical, sensual thing.

That’s something I teach in my classes. Everyone has ideas but it doesn’t mean anything until they write them down. You incarnate the thoughts and feelings. Putting them into words gives the ideas and feelings a form and then you can do something with them.

If you want to do something with it, you have to write the idea down. You can’t just tell it to someone; that releases the energy. It lets the steam out of the engine. You’ve already told the story so you don’t need to write it down. You have nothing.

It doesn’t matter that what you’ve written is imperfect. It’s always going to be imperfect. I know people who can’t write because it’s never as perfect when they write it down as it was in their head. For them it has to be perfect. For me, that gets in the way. Incarnation is messy. I like that. I like that it takes on a life of its own.

The work in my journal especially is going to be imperfect but that’s all right because I’m the only one who is going to see it. Given my handwriting, even if you did see it, odds are you wouldn’t be able to read it. I myself rarely go back and look at what’s written. It’s the act of writing that’s important. It clarifies what’s in my head and then I can proceed.

I was working in the journal a little earlier on a plot for a series I’m doing. As I wrote, the ending of the arc revealed itself to me. Having a resolution is so important when you’re developing the story; it allows you to focus it and the characters towards that end.

It felt right. That’s how I know it’s going to work. I still have to do all the structural stuff and then I have to hope that the editor likes it as well as I do. Right now, the story has a heartbeat. It’s not fully realized yet but there’s something there.

That’s when it’s a joy. Today, tonight, I love being a writer.