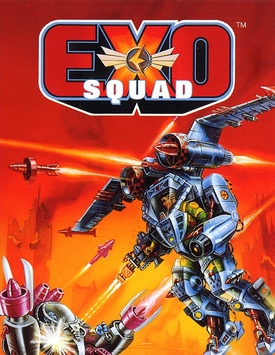 Ask me to name my favorite cartoon shows growing up. Suffice to say, nearly every one I have feelings for was in some way, shape, or form was touched by the amazing Will Meugniot. That’s pronounced Min-EE-Oh, just in case you missed the boat yesterday. What’s that? You missed our last installment? Shame on you! For the rest who didn’t though, we pick up where I left off, as I casually shifted our conversation towards Will’s amazing career in animation! Roll the tape…

COMICMIX:: I’d be remiss if I didn’t start pelting you with questions on all the series you worked on that literally defined my childhood into early teens… Let’s start with my personal favorite…EXO SQUAD! Tell the fine ComicMixers out there what you did on the show.

WILL MEUGNIOT: Well, I’d been working on the first season of X-Men, but with the production delays on the show, no episodes had aired and no one knew for sure it was going to be a hit, and we were headed for a gap in the production schedule.  Then I was offered a chance to work on a pilot by Universal Studios. At that time, the series was called Exo-Force. They already had a huge ‘bible’ (guidebook) written, and Playmates had already partnered with Universal to create the toys. Before I got there, Playmates did their proposed designs for J.T. Marsh, Alex De Leon and Phaeton’s e-frames and the studio went through a parallel design process which resulted in some very generic Syd Mead-style designs. After seeing both, my first decision was to push for the Playmates version of the key E-Frames. They reminded me of some of my favorite anime like Ideon and Dougram with that feeling of being real-looking, but funky hardware. I designed most of the actual human characters in the show, and really hit it off with Jeff Segal, who was running Universal’s TV animation division. Long story short, they let me make the pilot, which was a 45 second piece animated by my friends at Sunrise in Japan. By the time the film was delivered, Exo-Force’s title was changed to Exo-Squad.

COMICMIX: Oh to have been a fly on that wall, Will. I mean as a fly I’d be dead in 24 hours. But to have seen that show in it’s infancy? Worth it. Can you tell I loved the show a bit too much?  One of my favorite things about the show was how it rooted itself in an amazing continuity and complex plot. It never shied away from being something above the standard toy-tie-in series. Do you think shows today are drawing inspiration from it?

WILL MEUGNIOT: Not so much. One of my real disappointments with the medium is that I felt through the 80’s and early 90s, many shows, like X-Men, Batman, and Phantom 2040 showed a new maturity, a real rising in their adult sensibilities and quality of animation. Today? I’m not seeing it so much. Today, I feel like the new shows are structured more like cartoons were back in the early 80’s or even late 70’s. Shows are really just one off stories. Not too much serialized continuity. And sadly, I think it’s going to be that way for a while longer.

COMICMIX: Geeky question: Which is your favorite Exo-Suit, and if you don’t say Wolf Bronsky’s, I’ll cry.

WILL MEUGNIOT: I designed Wolf’s, and I do like it. But my favorite? It’d be a later E-Frame which wasn’t assigned to a character, but which had a motor and could actually walk! I’m not an engineer mind you, but I’m such a fan of the Japanese toys, I figured out how it could walk with the body working like a weighted pendulum swinging on ratchet mechanisms in the shoulder joints. I did a sketch and Playmates took it from there, resulting in a walking toy which looked very much like the original sketch.

COMICMIX: Easily one of the deepest and most complex villains in the series was Phaeton. Was he inspired by similar villains at the time (like Megatron, or Cobra Commander) or something else?

WILL MEUGNIOT: He’s really more an original creation, I believe. Phaeton was already created as a written character when I came on board. Louis Williams and I designed him for animation. As a side note, it’s a common misconception that I “created” the show, when in fact there was plenty of development done by the time I signed on to do it. I helped to refine it, but the series’ actual creator is Jeff Segal. My contribution was in the designs of the characters, and helping to make them internally consistent as scripts came in. The concept of the show was tied largely to Jeff and my love of Japan, and the shows coming out of there. We’d both spent time in Tokyo, and felt like the time was right to bring an anime-like level of sophistication to the market in the states via Exosquad.

COMICMIX: The themes the show itself covered topics ranging from the horrors and loss in war, to politics and trade, and even class warfare. How exactly did you get a these things into a kid’s cartoon and not scare every suit tied to the project?

WILL MEUGNIOT: The show was picked up as a syndicated show. The only constraint we were ever given was to keep it “in good taste”, and ensure standards and practices didn’t have any issues with the final product. It was the blessing and curse of working with Universal. Nearly complete freedom from censorship, but the downside of that was because Exo was taken into syndication, we couldn’t get the show put in the time slot we’d hoped for… on after X-Men with Fox.

COMICMIX: That certainly would have affected the target audience! Since we’ve name dropped them a few dozen times already, let’s talk a bit about the X-Men, Shall we?  You were integral to bringing the X-Men to the television with your work first on Pryde of the X-Men, and then the Fox Kids show, and finally X-Men: Evolution. Why do you think the X-Men have been such a TV staple?

WILL MEUGNIOT: If you use a sports term: I’d say it’s because the bench is so deep. Plenty of great characters, and plenty of great stories to mine from. I’m actually a bit surprised that Pryde of the X-Men didn’t take off when we put it out. Even though that wasn’t “quite right”, there was plenty to work with there. But I remember after we’d finished it, and I showed it to some network exec friends and they said “Who is Wolverine guy? What’s with him, and why is he so mean?”  And before I forget — one of the things that drove all of us nuts: At the time we put Pryde out, Marvel was under the “New World” umbrella, and they were working on a Wolverine film treatment that moved the character to Australia, ergo the much-hated Australian accent.

COMICMIX: OK, you see, I always wondered by he sounded like he wanted to put another shrimp on the barbie… Now if we move to the Fox Kids show– I’m curious. Whose idea was it to put Morph into the show?

WILL MEUGNIOT: Actually? That was me! You see, originally I wanted to have Thunderbird be the pilot and have him die as in the comic book. This would make a contract with the audience that someone could die in the show. Now, as it turned out, during our production of the first episode, Marvel did a story in their short-lived ‘Super-Pro’ comic with a villain using a Native American symbol for evil, which created all sorts of public relations problems for Marvel. The network and Marvel were afraid that showing a Native American dying on the pilot might cause similar problems for the series.  With that in mind, Eric Lewald and I created Morph, with the idea to make Morph the “designated die-er”.  Of course standards and practices didn’t want him “dead-dead”. So we made the deal that the death wouldn’t be shown in a manner that prevented us from bringing him back later. And then, much to our surprise, Morph broke out as a character! Kids loved him.

COMICMIX: Well, without Morph, the only comic relief / tie to the kids who are watching would basically be just Jubilee…

WILL MEUGNIOT: I know. Sometimes you have to create a character to fit a need in the story. And as it turns out I prize my ‘Morph’ action figure. Who knew that he’d be so popular? 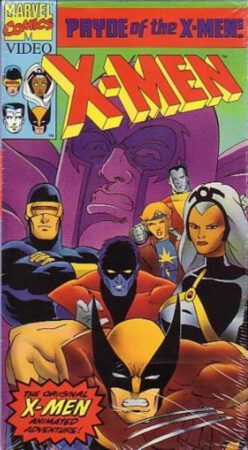 WILL MEUGNIOT: I wish we could have had the production values of X-Men Evolution for our first X-Men series. That series by my friends the late Boyd Kirkland and Steve Gordon simply had better animation than we did. I always felt like we had better stories though.

COMICMIX: OK. Last geeky question (for now….). Who is your favorite X-Man to draw?

WILL MEUGNIOT: Well, I’ve always been drawn to Rogue. She has such a great unique look to her. And aside from the women, who I love to draw, I’m a fan of the bigger-than-normal-human-proportions guys. I’ve always been a fan of Beast.

Will Meugniot is a writer / artist / producer / director of countless shows, including Slimer and the Real Ghostbusters, Exo-Squad, Jem, Captain Planet, and several incarnations of the X-Men. He’s currently promoting his homage to the 60’s by way of the 40’s with the N.E.D.O.R. Agents! Do yourself a solid, and check out some great previews of the said book (from FemForce #157) on Comics Continuum on Comics Continuum.

You can also check out a promotional video: