When The Hulk Wasn’t Green Or Red, But Black 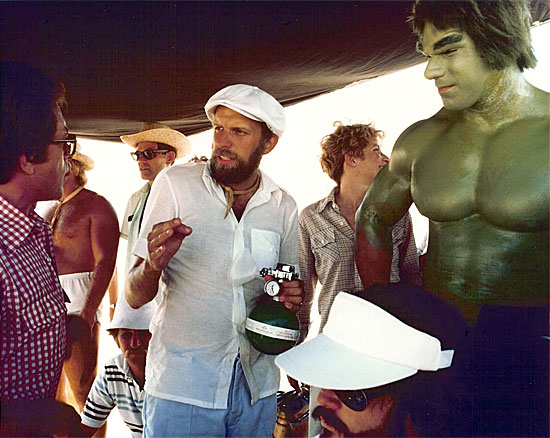 Allan Cole, continuing his stories of writing for The Incredible Hulk TV series, reveals a fact I never knew about the show…

After all, it was Lou Ferrigno who played the Hulk, right?

But Lou didn’t do his own stunts. The guy who actually crashed through buildings, jumped off cliffs, and generally beat the hell out of the bad guys, was Manny Perry, one of the premier body builders and stunt men of his era. He was also black.

It seems they cast seventy or eighty guys to stand in for Lou, but only Manny was big enough to double Ferrigno and athletic enough to do the stunts. As Manny once told an interviewer, “They figured green is green and who could tell the difference?”

via MY HOLLYWOOD MISADVENTURES: LOU FERRIGNO AND THE HARLEY HULKOUT.