DENNIS O’NEIL: “I Am An Artist” 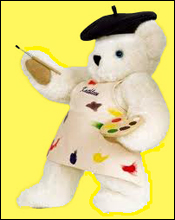 Percy looked up from the newspaper he had liberated from his neighbor’s welcome mat and had an epiphany. He knew what had been missing. He knew what he needed. About time.

The story, in the paper’s arts and leisure section – the only section Percy ever bothered with – concerned a major comic book publisher’s revision of its product line. It was a straightforward news piece, with no snarky asides, and it was the third or fourth such piece the paper had run in the last month or so – further proof that comics were an accepted and respected part of the arts community. Which, since Percy was a comic book penciler and inker, made him an Artist. In his imagination, he saw that word – Artist – in neon letters as big as a Times Square Billboard, with a brass band playing beneath them, and Mom and Dad there too, beaming, and also the little hottie from across the alley who had always ignored him, fluttering her eyelashes.

“I’m an Artist,” he said to the empty apartment. Not too convincing. The problem was, Percy had gotten a lot of attention with a self-published comic that he’s written, penciled and inked and then made copies of on the machine in his dad’s office after everyone had gone home.

“That’s nice, dear,” Mom had said when he’d given her a copy.

His buddies told him the book was cool.

And he was, no doubt about it. But he’d been in New York for six months and hadn’t gotten past any publisher’s reception desk and he’d taken his samples to all the comics publishers and a lot of other kinds of publishers because, well, you never know.

Okay, he was an artist. But, given his lack of success, he must be missing something. What? Then he remembered the art history class he’d taken during his one semester at the community college…what had the instructor said? Artists had…influxes? No – influences!

He wouldn’t find them in his apartment, unless they came in the form of roaches, so he put on his Yankees baseball cap – bill aimed behind him, of course – and emerged from his building into a sunny August afternoon. He turned left – south – and began walking. Would he recognize an Influence when he found one? He had to assume that he would.

He turned east on Chambers – no particular reason – and continued to the river. Turned south and soon found himself at the South Street Seaport. On a fine summer afternoon like this, the area was crowded with tourists ogling the Nineteenth Century sailing ship and drifting in and out of the restaurants and shops and glancing up at the steel-and-glass skyscrapers to the west and buying mystery meat from the food carts. Percy joined the few people who were watching a mime doing the usual mime stuff – being inside a box, walking against the wind and some other action Percy couldn’t decipher.

Suddenly the mime stopped whatever he was doing, stared directly at Percy and asked, “Looking for an influence, numb nuts?”