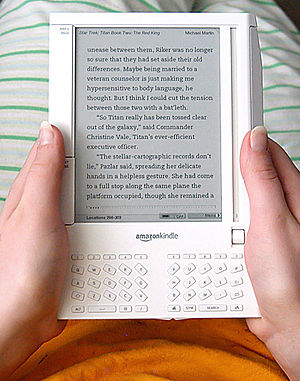 Perhaps someone more plugged into this particular format war can comment, but, for myself, I’ll just mention the two things that happened over the last week in the world of ebook formats.

First, EPUB 3.0, the next generation of the format used by most electronic reading devices, was officially made a Recommended Specification at the Frankfurt Book Fair by the IDPF.

A few days later, Amazon — which is the sole user of their proprietary, competing format, derived from a format invented by Mobipocket — announced a new generation Kindle format for their devices, without mentioning EPUB or the growing global standard.

There had been chatter that Amazon was going to converge to EPUB — or, at least, allow EPUB files to be read on Kindle devices — sometime late this year or next, but, from this evidence, that does not seem to be coming any time soon.