MINDY NEWELL: Go, Giants! And You Too, DC! 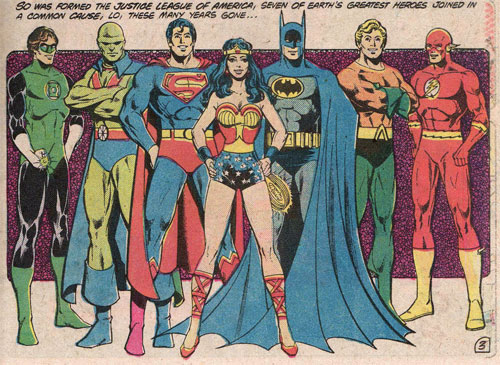 DC’s New 52 made the New York Times again. The title of the article is “So Far, Sales For New DC Comics Are Super,” by George Gene Gustines and Adam W. Kepler was published on Saturday, October 1, 2011 issue, and was featured on the front page of the Arts Section. According the article, the first five weeks of DC’s reboot of its universe has increased “the sales of DC Comics by leaps and bounds.” The first issue of the new Justice League – which the authors call DC’s flagship book. Really? I would have thought it was Superman, since the Son of Krypton is the flagship character. But what do I know? – anyway, the first issue sold “more than 200,000 copies, compared with the roughly 40,000 for each of the last few issues of the old book.” Well, I hope it keeps up, but these are the first issues. I think it’s a little early to call it a win – after all, the NY Giants just pulled out a win over the Arizona Cardinals in the last three minutes of the game.

The Giants pulled it out over the Cardinals in the last five minutes, and, yes, it was a looooooooooong 2:00 minute warning. That’s the thing about the G’ints. Just when you’re about to write them off, they turn it around. Not unusual, they played ugly. Truly a New York City team. Tough and scrappy and in your face. Players of the game this week (imho): Hakeem Nicks (WR), Ahmad Bradshaw (RB), Brandon Jacobs (RB), Jake Ballard) TE), Lawrence Tynes (K), and Osi Umenyiora (DE) – back in the starting lineup after missing the first three games following arthroscopic surgery on his knee – while Corey Webster (CB) and Victor Cruz (WR) definitely deserve honorable mention, even though Cruz lost the ball in a fumble as the clock was winding down in what can only be called a rookie mistake. Yeah, yeah, I know this is his second year, so no letters, please! Eli was good, although his stats (27-40, 321 yards, and 2 TDs) read better than watching him. So, the G’ints are 3 -1, and yes, I know, it’s a long season.

The Eagles are 0 – 3!!!! (Don’t send letters, Philadelphia fans. Remind me to tell you about the time an Eagle fan tried to throw up on me while I was tailgating at Giants stadium. He missed me, but got the 10 year-old kid walking by.)

Chris Christie is at an overall 54% approval rating here in New Jersey? Huh? And just last July he was at an overall 53% disapproval rating. I guess everybody liked the way he handled Irene. Well, I gotta admit, telling the idiots on the beach at Asbury Park, “It’s 4:30, your tan has maximized, get the hell off the beach” was pretty funny. And I did like the way he shut up the other idiots who were screaming about the Muslim judge he appointed. It is like having Tony Soprano as governor, isn’t it?

If you haven’t read Martha Thomases’ column of September 30 yet (Superhero Fashion Inaction), finish this and go read it. Hey, listen, I’ve always been a proponent of “if you’ve got it, flaunt it,” but how the hell do you stop your thong from riding up and keep your boobs in the string bikini top while you’re fighting the super bad guy or even stopping a mugging? Seriously, this fashionista wants to know!