HOLMES AND MORE FROM BLACK COAT PRESS IN OCTOBER! 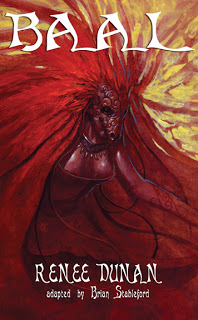 Our three October releases are:

BAAL by Renée Dunan (1924) which features the remarkable Madame Palmyre, a bold, brazen occult heroine to rival Sar Dubnotal or Canacki (whom she’ll meet in TOTS 8) fighting the eponymous Lovecraftian entity. The great and seductive sorceress Palmyre teaches her assistant Renée the secret of her magic, including her ability to interact with creatures from other worlds, such as the unspeakable Baal, whose octopus-like form is the three-dimensional projection of an unfathomable four-dimensional entity.

The book includes The Devil’s Lovers (1929), a heroic saga about Satanism and Witchcraft that follows the adventures of a poacher and his daring wife in war-torn 16th century France. 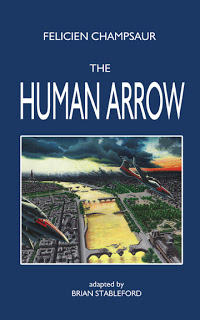 THE HUMAN ARROW, a proto-SF novel started before WWI and anticipating the future of aviation, and reissued in with a new ending in 1927 (also included here) by which time it had become an alternate history.This is the story of the first non-stop Paris-to-New York flight by rocket-powered plane as it never happened. French engineer Henri Rozal faces tough competition from rivals for the hand of his fiancée, as well as shady dealings from financiers trying to steal his invention. But as the shadow of war looms, is Rozal’s utopian dream of a peaceful planet traversed by powerful flying machines fated to turn into an apocalyptic nightmare?

This edition is the first time that the two versions of the story, the original 1917 edition as well as its rewritten conclusion published in 1927, to take into account Charles Lindbergh’s flight and the horrors of World War I, have been published in a single volume.

Also included is Champsaur’s novella, The Last Man (1885), which describes how a comet increases the oxygen in Earth’s atmosphere and causes Paris to revert to a jungle, and Man to an ape-like beast. 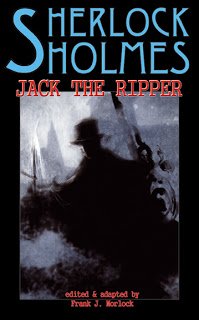 SHERLOCK HOLMES VS JACK THE RIPPER adapted/edited by Frank Morlock which includes an 1889 play (the first fictional encounter ever) plus a a 1908 issue of the German series which later became HARRY DICKSON.”Jack the Ripper is one of the most enduring archetypes in criminal fiction. This book presents, for the first time in English, two of the earliest pieces of Ripper fiction ever written in French: Gaston Marot & Louis Péricaud’s stage play Jack the Ripper from 1889, and No. 16 of the French pulp series The Secret Files of the King of Detectives (which later became Harry Dickson) from 1908 in which the Great Detective matches his wits against Jack the Ripper.

These two stories are translated by Frank J. Morlock, author of Sherlock Holmes: The Grand Horizontals.