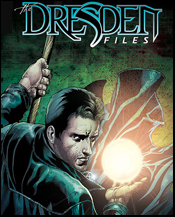 I’ve been writing stuff for a while so it’s hard to take me by surprise. I can often spot where a story is going; I’ve been known, when watching a movie or TV show, to not only predict the next plot twist but sometimes the next line of dialog. Those around me, aside from shushing me, sometimes ask me if I’ve seen this particular movie or episode before. The answer in these cases is “no” but based on what I know of plot and character, you can predict where the story has to go or what a person has to say to get it there, especially when the writer(s) are going by the numbers.

On the other hand, I’m delighted when the writer surprises me. It’s not a matter of willy-nilly just writing any old damn thing but advancing the plot or the dialog in a way that completely makes sense within context of the story. The sort of thing that makes me go, “Of course! Why didn’t I see that?!” The fact that I didn’t see or hear that coming delights me. It makes sense yet is a surprise.

I first noticed Geoff Johns on the JSA title when he did that twice to me. He re-invented original Justice Society members Doctor Fate and Johnny Thunder in ways that surprised me but were completely true to the characters and the book. They didn’t come out of the blue but were what I call “fair extrapolation” of what was already given. Any chump writer can write a surprise or a “shock surprise;” the real difficulty is to make it work in context of the character or story. Geoff makes his surprises seem organic and inevitable – once you’ve seen the surprise. He’s a writing magician.

Another writer like that is Stephen Moffat, currently renowned for as the producer and lead writer of the current Doctor Who series. He started this season with an astronaut coming out of a lake and killing the Doctor, not giving him time to regenerate. Turns out this Doctor was slightly from the future so we still had the “current time” Doctor running around this season. (The Doctor, for those of you who don’t know, is a time traveler and Moffat makes very good use of time travel in this series.)

Next Saturday is the season finale and it looks as if they’re going to deal with all this. I have no idea how Moffat’s going to pull it off but I trust him. Not only has he done a sterling job on Doctor Who but he’s also done a modern update of Sherlock Holmes (simply called Sherlock) that totally works. He also ended the first three-episode season on a cliffhanger. I trust him to find a way out that will be cool.

Moffat’s also done a revised update of Jeykll and Hyde simply called Jekyll. I admire it a lot but the first couple of episodes creeped me out enough that I haven’t finished the rest. Remember, I’m the guy who wrote the real Wasteland.

The third on my list of writers who know how to pull off “logical surprises” is Jim Butcher and, in particular, his series of novels The Dresden Files. It features a “wizard for hire,” Harry Dresden, who works out of Chicago. Okay, that’s my hometown and so I’m already there and Dresden is a hard-boiled wizard – part private detective, part Doctor Strange. It was made into a short-lived TV series on SyFy and they completely screwed it up. If that’s your only encounter with the series, please ignore it.

The Dresden Files was good when it started and has just gotten better with each successive book. Terrific cast of supporting characters, well-developed mythology for the series, and each one leaves me panting for more. Whoever I think I know where Butcher is going, he throws me for a loop. Highly recommended.

While all these writers know how to do a twist, it’s never a twist just for the sake of doing a twist. It always involves pushing the story forward or reveals new levels of characterization. I don’t need a twist to love a book or story but I always appreciate it when I get blindsided by one and it works.