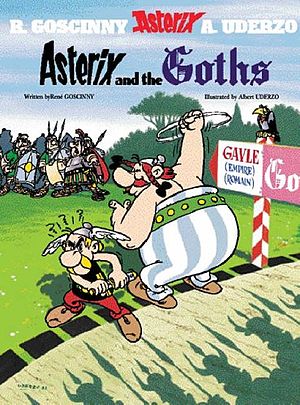 He is perhaps the last great legacy cartoonist still working on his original creation. But at age 84, Alberto Uderzo, co-creator of ASTERIX, one of the world’s most popular comics, is hanging up his drawing pen, citing fatigue.

Debuting in 1959, ASTERIX was the co-creation of Rene Goscinny, and with his fractured take on European history, via Asterix and Obelix, two bumbling Bronze age Gauls. The series has gone on to sell 350 million copies, according to publisher Hachette.