If I rebooted Superman 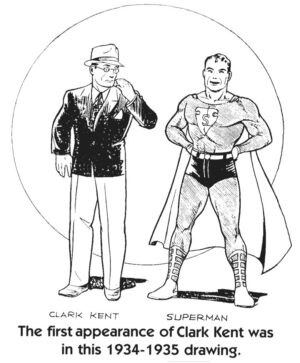 For background on Superman’s look, try SupermanPage and Superman’s Symbol, Shield, Emblem, Logo and Its History!. Part of what I like about them is they disagree. For example, was the original Superman meant to have red boots, and the printer or the colorist screwed up? No one seems to know. Blue boots are plausible: 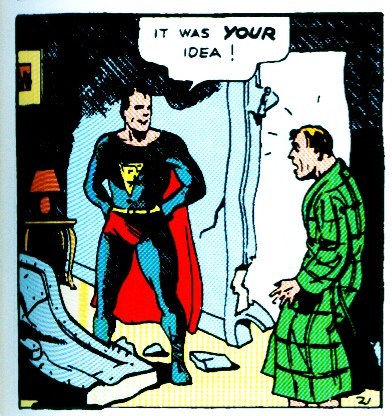 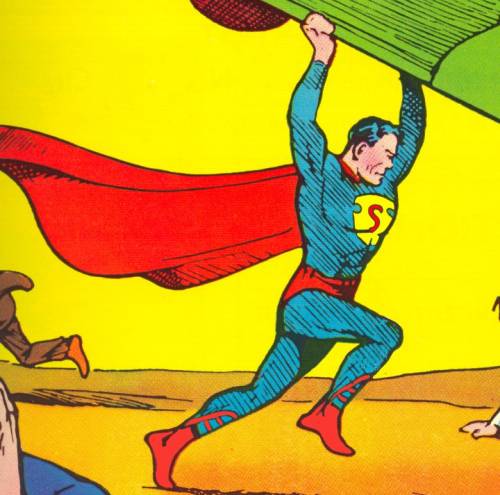 What’s clear is that Superman was meant to resemble a circus strongman. And that’s what’s wrong with DC’s current attempts: 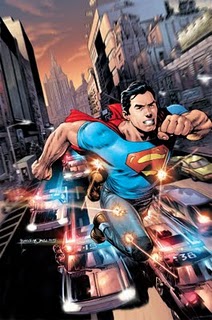 Is he supposed to look like a kid playing superhero by tying a towel around his neck? 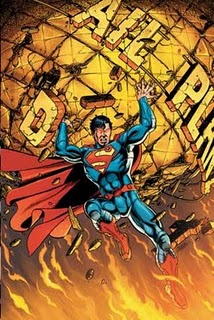 The amount of blue and the high neckline makes it look like a he’s wearing a uniform, and the hints of armor make it worse: a superman doesn’t need armor.

The fact is that the basic Superman costume is surprisingly delicately balanced. Get rid of the cape? It works too nicely in flight. Get rid of the panties? He becomes too streamlined. I considered giving him red pants and blue boots: 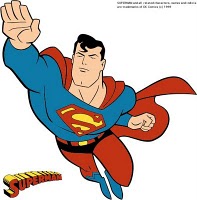 But that does odd things to the icon, too. Much as I hate taking the conservative choice, on Superman, this can’t be improved: 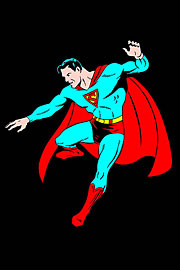 Make fun of his panties. I do. It doesn’t matter. Superman is perfectly comfortable with his sexuality, thank you very much. I hear men mocking his look, but I can’t remember ever hearing a woman saying there’s something wrong with calling attention to his crotch.

If I was rebooting Superman, I would start with a set-up like this:

Clark Kent finds work for the Daily Planet as an investigative reporter. He doesn’t worry about the deadlines that come with TV or radio reporting. The Planet has a web presence that’s giving the New York Times a run for its money.

Romance? Complicated. Lois Lane is simultaneously a best friend, love interest, collaborator, and, on some stories, competition. Clark and Lois should see other people while they’re working that out.

New character? A Korean-American male reporter and former Marine who works with Lois and Jimmy, and is Lois’s current romantic interest.

Clark’s current romance? His relationship with Lana Lang is getting rocky. His work has taken him to Metropolis, and she’s on an archeological dig in South America, where she’s falling for a local.