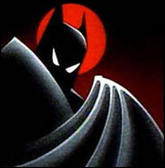 It might surprise you that a writer who spent so much time writing coverage on Warner Bros. film scripts for DC and won an award for an animated TV series about Batman … Hates. Comic. Book. Movies.

Usually. Not always, but most of the time. There’s a reason for that, though.

By virtue of my peculiar set of writing credits, I am a graduate of the Berlitz course in Geek-to-Hollywood translating. Doesn’t mean I have to like it, just make enough bank off it to pay back the student loan.

Ever since comic book artist lizards first started crawling out of the four-color slime and evolving into knuckle-dragging primates with Panaflexes on their shoulders, the meme that comics are little more than frozen movies – when what they more closely resemble is storyboards with half the frames cut out of every scene – has visited a host of unfortunate consequences on the medium we supposedly celebrate here.

For one thing, the intrusion of the Hollywood mentality on mainstream comics often results in exactly the sort of Big Mistake that Hollywood itself makes. (Mistake in the art crime sense, mind you, not the ka-ching, ka-ching sense.)

“Auteurs” we have up the wazoo, but directors who write their own stuff are seldom well-served by their writers. The two disciplines aren’t necessary mutually-reinforcing. And it’s a far rarer creature than we generally assume who can do both well. Which is why I think most talented comic book artists probably should have their typing fingers broken. Not everybody who graduates from UCLA film school is Orson Welles, and not everyone who buys a diploma from Joe Kubert’s school is Frank Miller.

And, to put a metaphor into the Cuisinart and push for “puree,” this epidemic of the sins of one medium being visited on another is a two-way street. You can’t get good movies out of styling or constructing a film as if it were a comic book, though Chthulhu knows Hollywood now seems to be trying to.

The two media aren’t the same. Each has a grammar of its own which is part of its unique appeal. (After too many instances of watching Robert Downey, Jr. debase himself and repudiate his profound talent by playing flying Spam, I hesitate to use the word “charm.”) And if you conflate the two, IMO you dilute the unique appeal of both.

That, uhm, whack Batman TV series in ‘66 not only proved that, but leveraged those differences to create its signature whackness. By “transliterating” — as opposed to adapting — the tropes and conventions of one medium (the “Meanwhile…” V.O.s, the POW!s and the ZAP!s, the “I’m a duly deputized law enforcement officer” even though I look like I just escaped from Liberace’s closet) into a completely different medium, it commented on the absurdity of superheroes from a non-Geek perspective. Which is why Geeks hated it.

No amount of redesigning the Spandex as Tutti-Frutti Kevlar can hide the self-evident fact that any grown-up celebrity-wannbe who goes outside looking like that will do his 15 minutes of fame in Celebrity Rehab. But I preferred the Batman: Animated stuff because it worked in animation: everything was stylized, appropriate to the surreality of it all. You could accept that Batman existed when he stood next to a Commissioner Gordon who looked like an inverted pyramid with eyes, in a suit jacket whose lapels grazed his earlobes. By contrast, Christian Bale’s teeth-gritting just looks silly.

The live-action stuff used to make me giggle. Now, of course, it just pisses me off as much as mainstream comic book pacing does: you can’t figure out WTF is going on in any of these things unless you’ve seen the previous five entries in the series. And date night at the Octoplex still costs more than five “floppies.”

All that said, I eagerly look forward to being dragged to see Sin City: A Dame For Our Rape Culture, secure in the knowledge that I won’t be too pissed off to fall asleep on it. If Frank and Rodriguez light this one the same way they lighted the first one, I won’t be able to see WTF is going on there, either, and won’t have to care.