MARTHA THOMASES: Must The World Have A (Mrs.) Superman?

The staff at my regular comic shop wants to know what I think about the DC re-launch. I’ve been shopping there for decades, and I buy DC comics every time I go in there. I don’t only buy DC, but I buy almost everything they publish.

That’s the way it’s been for me for more than 50 years. I’ve liked Superman and Batman and Wonder Woman and the Legion of Super-Heroes for that long. As I’ve grown up, I’ve liked other characters, and I’ve learned to follow not just the heroes I like, but also the writers and artists.

So here’s what I tell them when they ask me what I think: “It doesn’t make any difference to me.”

Superman has relaunched once in my lifetime. I can’t count how often Wonder Woman has been rebooted. The Legion is so complicated that I have trouble keeping it straight and I’ve been reading it for 50 years!

I predict that, within five years, everything that’s important will be the same in the DC Universe as it is now, or as it was at some time in the past.

In the meantime, DC’s publicist, David Hyde, is kicking ass with his publicity efforts. I hope that enough people sample the new comics to see if they like them. It’s been a very long time since new readers have been courted so aggressively.

Unfortunately, there is one aspect of this I don’t like. Dan Didio and Jim Lee have described their characters as “brands.” This is the way the MBAs who run Warner Bros. talk about their properties, and I understand how, when one wants to appear savvy to one’s boss, one appropriates the bosses’ jargon.

“Brand” is a marketing term. Tide is a brand. Nike is a brand. It’s a corporate identity that promises consumers something they want, whether that something is reliably clean clothes or athletic shoes that let the wearer perform like a superstar. 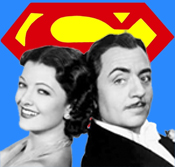 Superman is not a brand. He’s a character. He’s a character that changes according to the whims of the creative teams making his stories. He may implicitly promise consumers something they want (truth, justice and the American way), but he keeps them as readers because of his human qualities, the details of his life that fascinate us, amuse us and excite us.

As his publicist, I observed these phenomena in the 1990s. When Clark Kent and Lois Lane got engaged, the world went crazy. They didn’t do this because of branding, but because it was a sweet, human story. It’s always been my opinion that the reason the “Death of Superman” story was such a big deal was not because Superman died (he’s died plenty), but because the public had been following his relationship with Lois, and felt the loss along with her.

I’ve enjoyed Superman’s marriage. I enjoy stories of happy couples, whether they are detectives or ghosts or super-heroes. Millions of people watched Smallville to see Clark and Lois get married.

So I’m disappointed that the marriage will no longer be. That said, I trust Grant Morrison to write great stories.

And I’d bet we see another marriage in my lifetime.