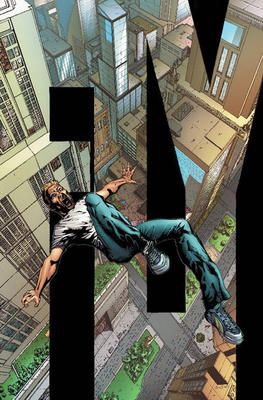 When it comes to reviewing individual comics, I’d rather shed attention on stuff produced by smaller publishers; Marvel and DC get enough ink. Besides, it’s more fun to mock their trends than it is to analyze their product. I’d rather focus attention on really good stuff from smaller publishers you might not have heard of than really bad stuff of which you might not have heard.

Many comics shops do not have the resources to really back these titles. They’ve already bet the rent (literally) on the latest megacrossover stunts from the big lugs. Fine – so you may have to poke around a bit to find my recommendations. Hey, I grew up with the thrill of the comics hunt; welcome to my past.

So when am I going to get around to the damn review? Glad you asked.

There’s an operation out in Pennsylvania called Zenescope Entertainment. They’re best known for their sundry Grimm Fairy Tales comics and other horror-oriented stuff like Charmed, but today I’m going to wax on about a different type of horror – the horror of drug addition.

Zenescope reveals the high-concept of their new series, Fly, a mere two issues old: “What if there was a drug that gave you the power to fly? How far would you go to possess it and who would you hurt to get your next fix?” Okay, that sounds interesting.

There’s a real story here, and that’s something we don’t see very often these days. Writer Raven Gregory (The Gift, The Waking) establishes believable characters with whom the reader can identify. The premise is simple, but the execution is deep. The good kid gets in over his head. He loves to fly even though he’s having his issues adjusting. He just begins to realize the stuff that gives him this ability is fast acting and fast addicting. And he doesn’t know what to do about that.

Of course there’s a long-legged large-breasted woman who’s an ex-lover who wants to get her hands on the stuff. In addition to being the emotional complication and the initial villain, she serves as cover fodder to attract the lustful reader. Fine; whatever it takes. After two issues she appears to have an interesting future in the series that seems to go beyond that of, say, the Red Skull. Our “hero” Eddie’s got his work cut out for him, and a lot of that involves the really difficult act of growing up. This is good stuff; I read the first two issues back-to-back and I rarely do that.

The art is by Eric J, and his online bio is blank. Eric’s got chops. He needs a little seasoning but his stuff is already better than most of what I see from Marvel and DC (sadly) and his storytelling is strong. When he pulls back on the Rob Liefeld and lets his true work show through, he could be a real force.

The first issue was published last year, Fly #2 came out this past month. It’s in the solicitations as an ongoing, so it seems safe to give it a shot.

Zenescope has a website (surprise!) and they’ve got an online shop (also surprise!), but as of this writing Fly #1 is sold out and Fly #2 isn’t up there. Their site needs a bit of updating and organization, but harass them and maybe they’ll do a second printing. You can also get these books digitally. Fly is definitely worth checking out.