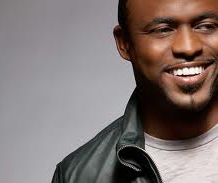 I came home from the San Diego Comic-Com last Sunday night around 9:30. I went to bed around 9:32. I slept all day Monday and most of the day Tuesday.

Why do I need so much sleep after Comic-Con? Because I had maybe 20 hours sleep total the two weeks before Comic-Con and five hours sleep during Comic-Con.

Friday morning my annual Black Panel did a tribute to my fallen partner Dwayne McDuffie and I do think we did him justice. It was supposed to be a joyous celebration and for the most part it was, but there were a few times when the tears did flow. All and all it was great being around fans, friends and pros that all loved Dwayne. The highlight for me was the video taped message from Wayne Brady. In it Wayne told the audience what a big fan of Dwayne he was. that was cool!

Also at the Black Panel, I announced the “Search For The Next Great Graphic Novelist” contest! FAN, Final Draft and my imprint Level Next are sponsoring the contest. More details to come right here at ComicMix!

Friday afternoon saw me as a panelist on the cool ass upstart panel, “The Nappy Hour.”  I make it a point not to do any panels except The Black Panel while at Comic-Con. The Black Panel is so much work that doing another panel is simply out of the question and I’m asked to be on at least four panels every year. Keith Knight, the founder of the Nappy Panel, had a bit of a run in last year on the net. Years ago the run in would have turned into a war but now the kinder, gentler Michael Davis look for other options than to smite those who dare to speak ill of me. FYI: Keith did not speak ill of me and in fact it was me that took something he wrote the wrong way. If you know anything about me you know that when I’m wrong I own up to it.

Keith and I decided to do what black men don’t do. We decided to talk! Then we decided to do each other…each other’s panel. Get your mind out of the gutter! The Nappy Panel was so much fun that I’m thinking he and I should create a panel that would showcase the best of The Nappy and the Black panels. What do you think, Keith?

A few hours after the Nappy Panel I met with co-publisher of DC Comics Dan Didio to talk about a possible project. It was the first official meeting I’ve had with DC in over a decade. What happened?  Well…

Friday night I had dinner with the president of a mainstream publisher and we talked about a few things in regards to my new imprint. After that dinner I went to bed as I was beginning to get a migraine.

Saturday morning I was neck deep in last minute prep for my annual Comic-Con party. My host this year was Wayne Brady. Tatiana El-Khouri is really the power behind my parties. I get the host, Tatiana does everything else. Saturday night, the party was off the chain. I was a wee stressed and almost pimp slapped a motherfucker who tried to crash the party, but Wayne and his beautiful girlfriend had a ball so I was happy.

Sunday. Sunday. Sunday!! The day started with drama regarding Wayne and his security detail for Comic-Con. Long story short – it was determined that Wayne should go incognito (or as we like to call it in the black community incognegro) while he walked the floor Sunday so as not to cause a bottleneck at the convention. I thought I had covered all that months ago with the convention but clearly it was not covered. Most likely it was my fault, but I don’t make those type of mistakes. Wayne was cool with it so off we went to the convention floor with Wayne in a hat, sunglasses and someone else’s name on his badge. Wayne was recognized by some but those fans were respectful and patient and Wayne took pictures with every fan that asked and because the fans were so cool there was no bottleneck!

Well, that was my Comic-Con recap. I’m going back to sleep.

Wait! Two things I really wanted to do but could not because of all sorts of bad timing was meet with Mark Wheatley and David Quinn. If I had had my way meeting with you guys would have been ALL I came to Comic-Con for.