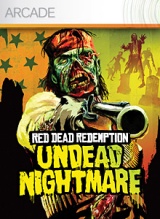 One of the best games of this year has received a new downloadable content expansion this past week.  While “[[[Red Dead Redemption]]]” was a fantastic open world look into the lawlessness of the Old West, it’s newest single player mode, “[[[Undead Nightmare]]]”, available now via Xbox Live or Playstation Network for the game, takes the familiarity of the b-movie zombies and places them firmly in a storyline separate from the main adventure.  But is it worth the price of the download, does it, like the rotting corpses you’ll face within, stink?  Read on to find out.

I’ll be perfectly honest…I’m a huge zombie fan.  Movies, video games, comic books…if there’s the living undead involved, I’m a happy camper.  Also, while not as big a fan of it, I do enjoy the occasional western.  For me, “Red Dead Redemption” is one of the best games to have come out this year, and I’ve even played it to 100% completion.  Now, this expansion has been released and I’ve found myself once again in the world of New Austin at the outset of the Wild West.

Set separately from the main tale, strange things are afoot at Beecher’s Hope, the home farm of main protagonist John Marsten.  Soon, the craziness of the outside world is right at his doorstep, and John must set out to find what has caused the dead to walk, and to see if there may be a cure for it all.  As you travel from town to town, you try to rid each land from being over run by the walking corpses of those that have fallen before.  Each town and survivor giving you tasks and sending you on your way to hopefully lead you to answers for the outbreak. 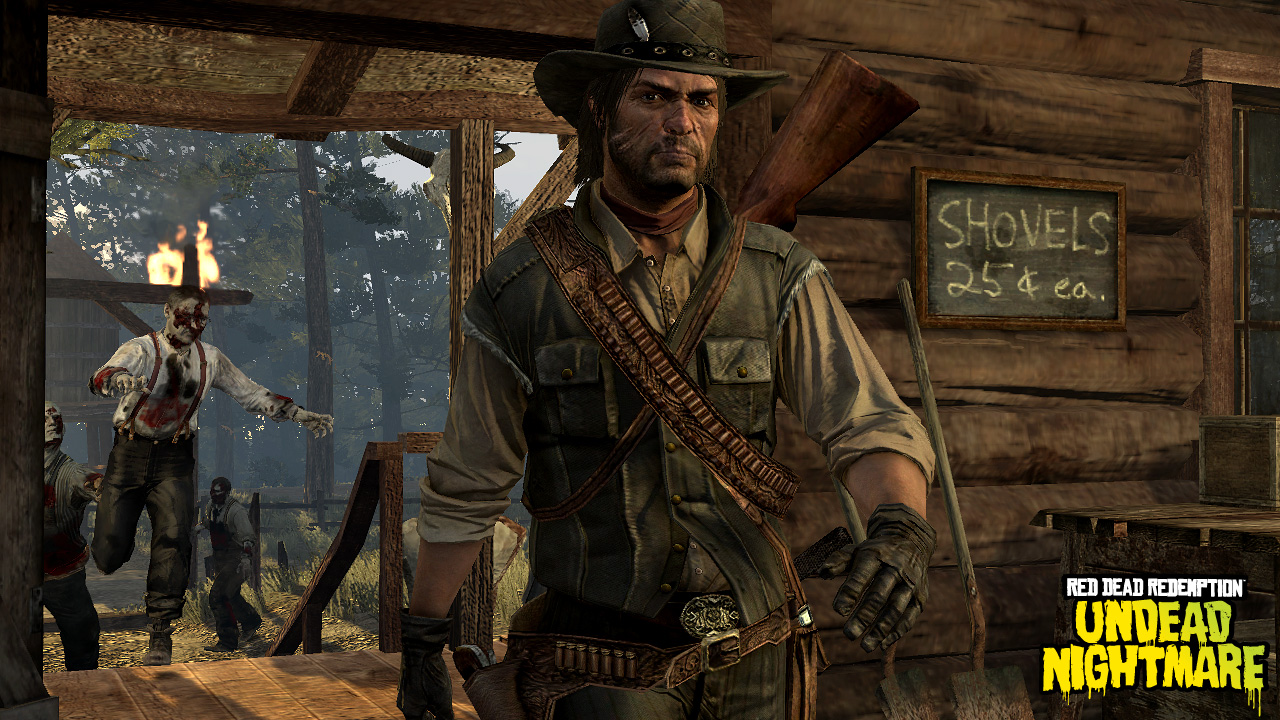 The gameplay is set up much the same as before, but the enemies are a tad different.  Here, headshots are the only way to keep your enemies down, and there are variations on each zombie to make tackling herds of them difficult.  First the start out slow and shambling, but as soon as they see you, they’ll all swarm to attack, moving faster than most, but by no means a “fast zombie”. I’ll admit, it’s a bt unnerving, and swarms of zombies can overrun you quickly.  There’s also the more fleet footed cralwing types, as well as bruisers and retchers; zombies who spit vile bile at you.

There’s plenty to do here, as you explore the wilderness and travel to towns.  You can still hunt animals, but you won’t want their pelts…mostly it’s for survival (facing a zombie grizzly bear is terrifying). However, there are more mythical beasts to be found as well.  From chupacabras to Sasquatches, from Unicorns to the Four Horses of the Apocalypse, there’s plenty for you to seek out on the open fields.

The DLC expands the gameplay with a good sized 6 to 8 hour chunk of gameplay, but it doesn’t end there.  There’s also two new multiplayer modes to choose from here.  Undead Overrun is a horde-type mode where you (and friends) take on wave after wave of undead creatures.  Land-Grab is just as it sounds,and actually doesn’t even feature the undead.  Instead you’re tasked with trying to secure seven locations on the free roam map.

For $10, this is a huge value, and is one of the best DLC expansions I’ve seen for a game.  However, if you don’t want to download it just yet (or don’t have the “Red Dead Redemption” disc) you can purchase a stand-alone disc on November 23rd that will include this, as well as all the rest of the DLC multiplayer packs.  A great value indeed, and one worth the coin.