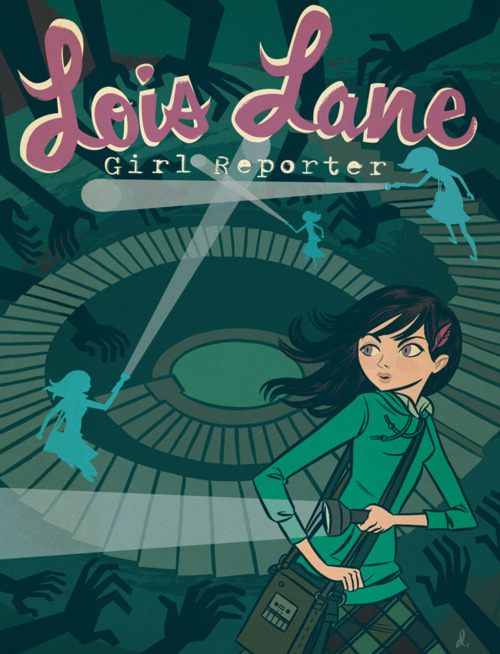 This may be one of the best proposals I’ve heard in a while– which of course means that DC will have to be shamed into actually doing it.

Growing up with two younger sisters, I’ve often found myself attracted to cool female leads whose stories I could share with them (Nancy Drew, Veronica Mars, etc.), but while the superhero industry has always done good by me in providing excellent male heroes (chief among them, Batman and Superman), its treatment of their similarly iconic female heroes like Wonder Woman, Supergirl, and Batgirl has always been mixed at best. Too often these spandex-clad heroines have been marketed towards post-adolescent men rather than to their own gender. There’s room for this in the spectrum of superhero fiction, of course, but without a positive female role model for me to share with my sisters, that they could see themselves in, they both grew up with only a portion of my comics fandom. (Don’t get me wrong, they both still dig Batman!)

But then I found a secret window into the DCU that I don’t think anyone else knows about: Pulitzer Prize winning journalist, Lois Lane…at eleven years old.

At eleven years old, Lois has discovered her calling: investigative journalism. She sets out to right wrongs and help out her friends. This series explores Lois’s character, reveals her surprising early influence on the future Man of Steel, and introduces fun new elements into this enduring character’s back story.

In each book, Lois will tackle a problem or mystery affecting the members of the community she finds herself in as she travels around the country. The investigations in this series will not be mystical or supernatural (though some characters may suspect such sources), but real world problems that Lois works to set right.

Read the entire proposal. Then ask why DC isn’t doing this one. Somehow, I don’t think Zack Snyder will find a way to work it into the next movie.