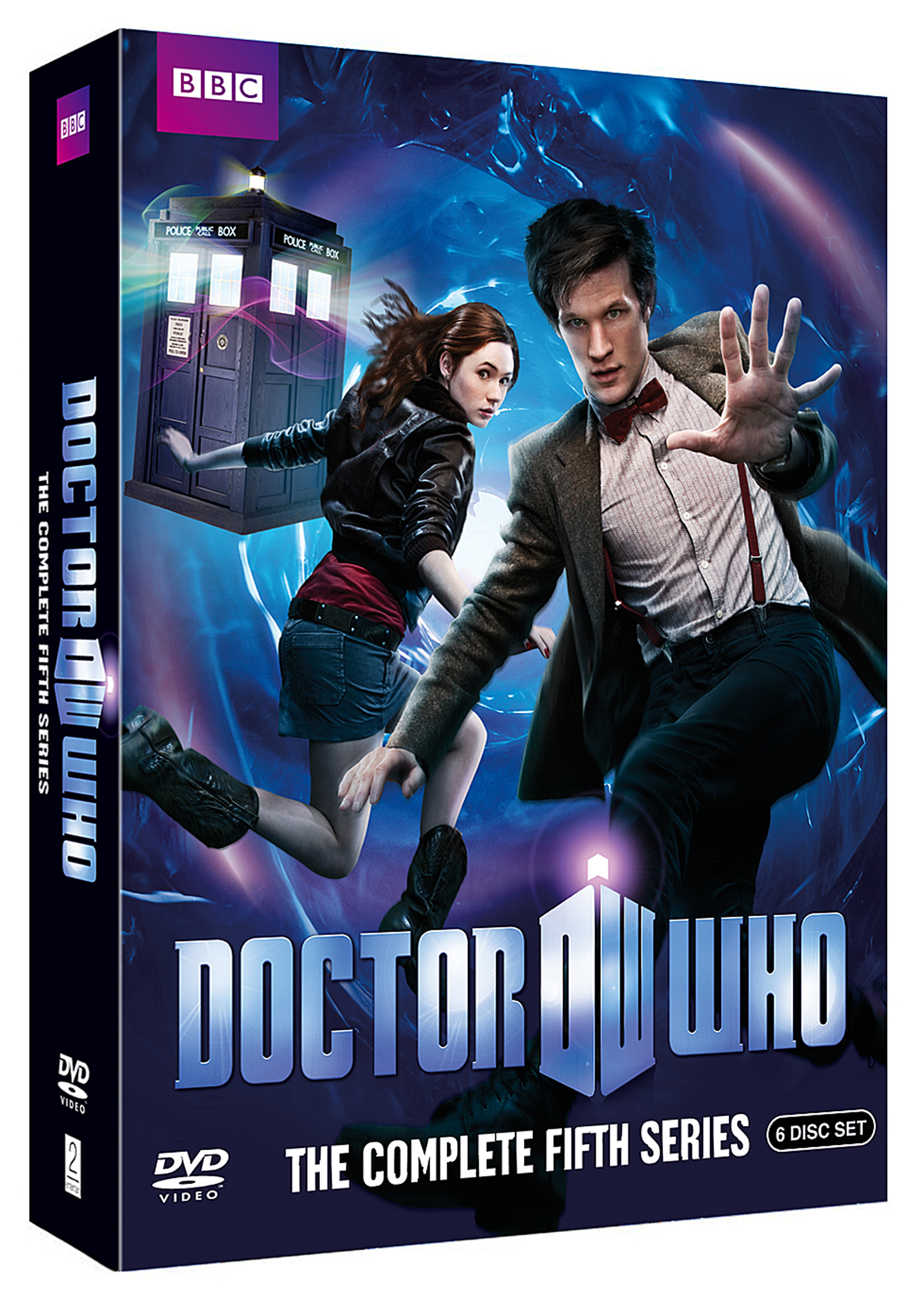 Not only did we get a brand new Doctor for the fifth season of the BBC revival of [[[Doctor Who]]] but we also were treated to a changing of the creative guard as Russell T. Davies gave way to Steven Moffat. Obviously, any sort of substantive change means the finished product will have a different look and feel and this new season feels exactly like that.

The fifth season, out on DVD this week from Warner Home Video/BBC Video, looked a little spiffier with a revamped TARDIS interior and exterior along with reimagined DALEKS and Silurian’s. But it all works or fails with the Doctor and Matt Smith, the youngest to play the part, nicely grew into the role. Tall and a little gangly with an unruly shock of hair, Smith’s Doctor is a little more flustered and a little slower to grasp the depth of the problem but once he’s found the problem, he finds the solution as quickly as his previous incarnations.

In Moffat’s hands, the stories were epic and in addition to the enigmatic crack in reality that haunted the Time Lord, there was also the matter of Amy Pond. The latest in his long line of companions, Amy was equally overwhelmed and delighted to find the Doctor was not the figment of her earlier self’s imagination. His very existence would send her life in new and unimagined ways and watching her journey proved incredibly satisfying. Much as David Tenant’s Doctor was all about his relationship with Rose Tyler, this season it was Amy and her fiancé Rory’s romance that carried us along.

Karen Gillan is fresh-faced and adorable as Amy, well matched with Smith’s Doctor and they make an appealing duo. The recurring presence of Dr. River Song (Alex Kingston),who will one day marry the Doctor, added layers of complications that enriched the status quo.

Where Moffat seemed to struggle, though, was coming up with stories that honored the past and presented us with fresh worlds and problems. Obviously, the new producer and actor had to deal with the Daleks and this time we got them in rainbow colors, although setting them up in Churchill’s England was interesting. We also saw the Weeping Angels, the creepiest villains in the Doctor’s rich history, but the two-parter fell flat, spoiling their impact from “Blink”. The Silurians’ return, though, was most welcome with great makeup and performances. Instead, Moffat should have given us more stories such as Amy’s encounter with Vincent Van Gogh (Tony Curran) or when the Doctor was “The Lodger”.

The show improved with each installment so the two-part finale was especially satisfying leaving us eagerly awaiting the forthcoming Christmas special.