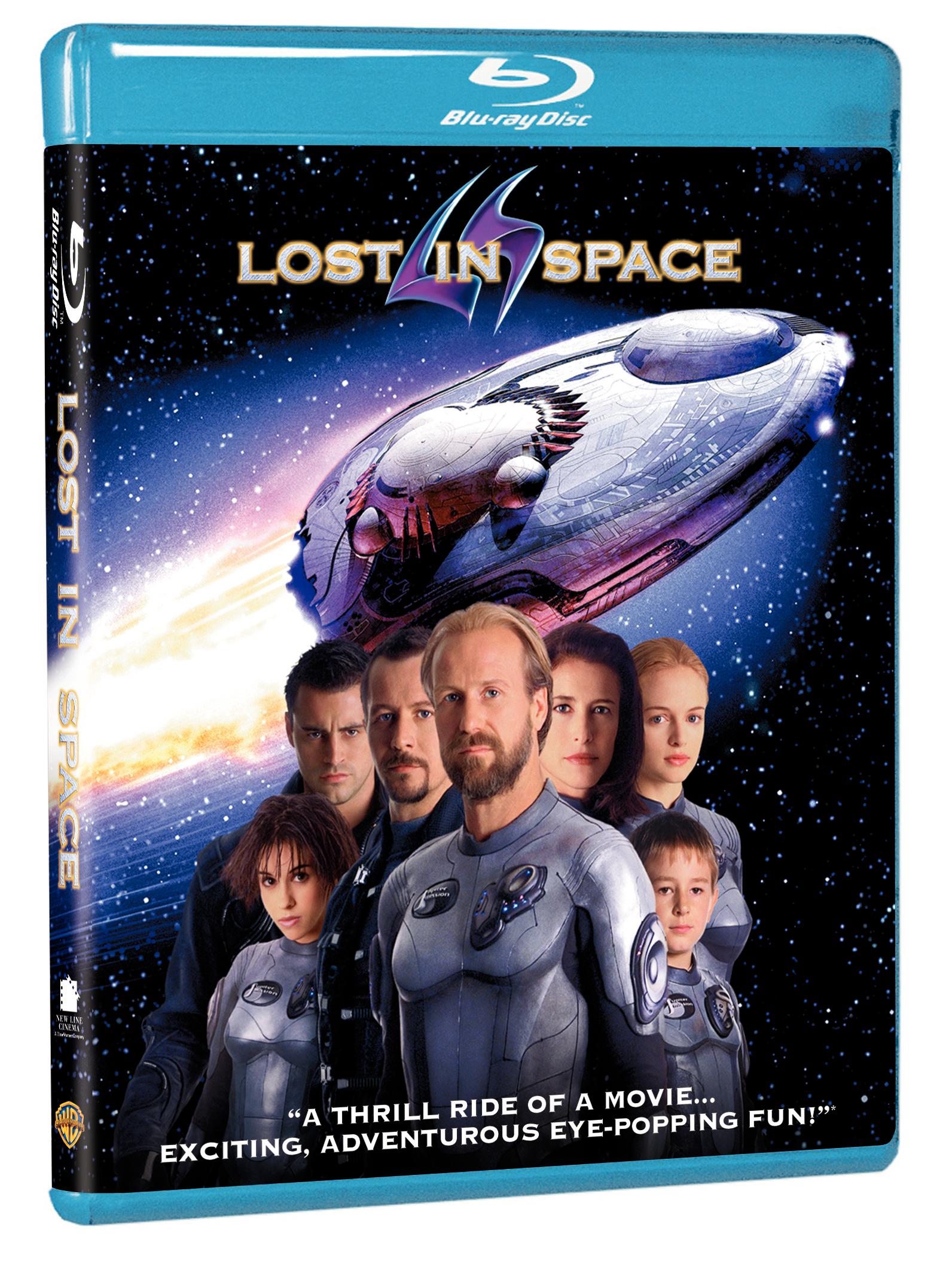 I should have loved Lost in Space

when it debuted on CBS in the fall of 1965. At seven, I was the prime audience for this family adventure about the Robinsons and friends who are literally, hurtling through uncharted territory. Instead, I never warmed up to the show and much preferred ABC’s [[[Batman]]] when that arrived in January 1966. I found the science fiction lacking, the acting over-the-top, and the robot one of the few interesting aspects.

I think I would have preferred the Irwin Allen series had the villainous aspect of Dr. Zachary Smith (Jonathan Harris) remained, rather than using him as a comic foil. Regardless, the series had its following which has led to various revivals as an animated series and even a Bill Mumy-scripted comic during the 1990s. A feature film adaptation seemed inevitable and that’s what we received in 1998. Now, the movie is making its blu-ray debut this week from Warner Home Video.

The film’s themes are certainly high-minded ones as they postulate that in 2058 mankind has so ruined the Earth that a new world has to be found or humanity is doomed to extinction. The Jupiter 2 is sent to find salvation complications ensue when Smith’s treachery sends them off course and they wind up on several strange, new worlds. Then you add in a field of energy that is revealed to be a time distortion bubble with an adult Will Robinson (Jared Stevens) as an antagonist, and well, things get messy.

The movie looks really smart, with over 700 visual effects and some thoughtful set and costume design. There are no real visual cues to the source material with the exception of the robot, which is probably for the best.

Instead, the film fails on two levels. The first is the script that didn’t need to drag in temporal complications while they were already lost in space. It was as if Akiva Goldsman had no faith in the one problem. He also neglected to make any of the characters really engaging or interesting, complicated by a cast that never brings the material to life. While William Hurt makes an interesting scientist in Dr. John Robinson, you never get the feeling he loves Mimi Rogers’ Maureen or is a good father to Judy (Heather Graham), Penny (Lacey Chabert) or Will (Jack Johnson). Matt LeBlanc is amiable but bland as Don West while Gary Oldman seems bored as Dr. Smith.

In reviewing the film years later, it’s interesting to note Penny was vlogging before it was fashionable. Overall, though, the Earth we’re in today is nowhere close to the trajectory seen in the movie’s 2058. Like its predecessor, it is aimed at families and has enough thrills to justify the PG-13 rating but is devoid of the quirky details that people loved in the original. Those fans, though, can look for cameos from original series stars June Lockhart, Mark Goddard, Angela Cartwright, Marta Kristen (Judy Robinson) along with the welcome tones of Dick Tufeld as the voice of the Robot.

The transfer to blu-ray is acceptable although the special features from the standard DVD are carried over without upgrading. We get the deleted scenes, along with caption explanations of what they were. There are two featurettes — “Building the Special Effects” and “The Future of Space Travel” – which are fairly dry.  “The Television Years” includes interviews with original cast members Lockhart, Kristen, and Cartwright but the original series synopses are missing. We do get the “Apollo Four Forty” music video and the original dual commentaries.

If you own the original DVD, there’s little recommend buying this outright as opposed to using Warner’s upgrade program.