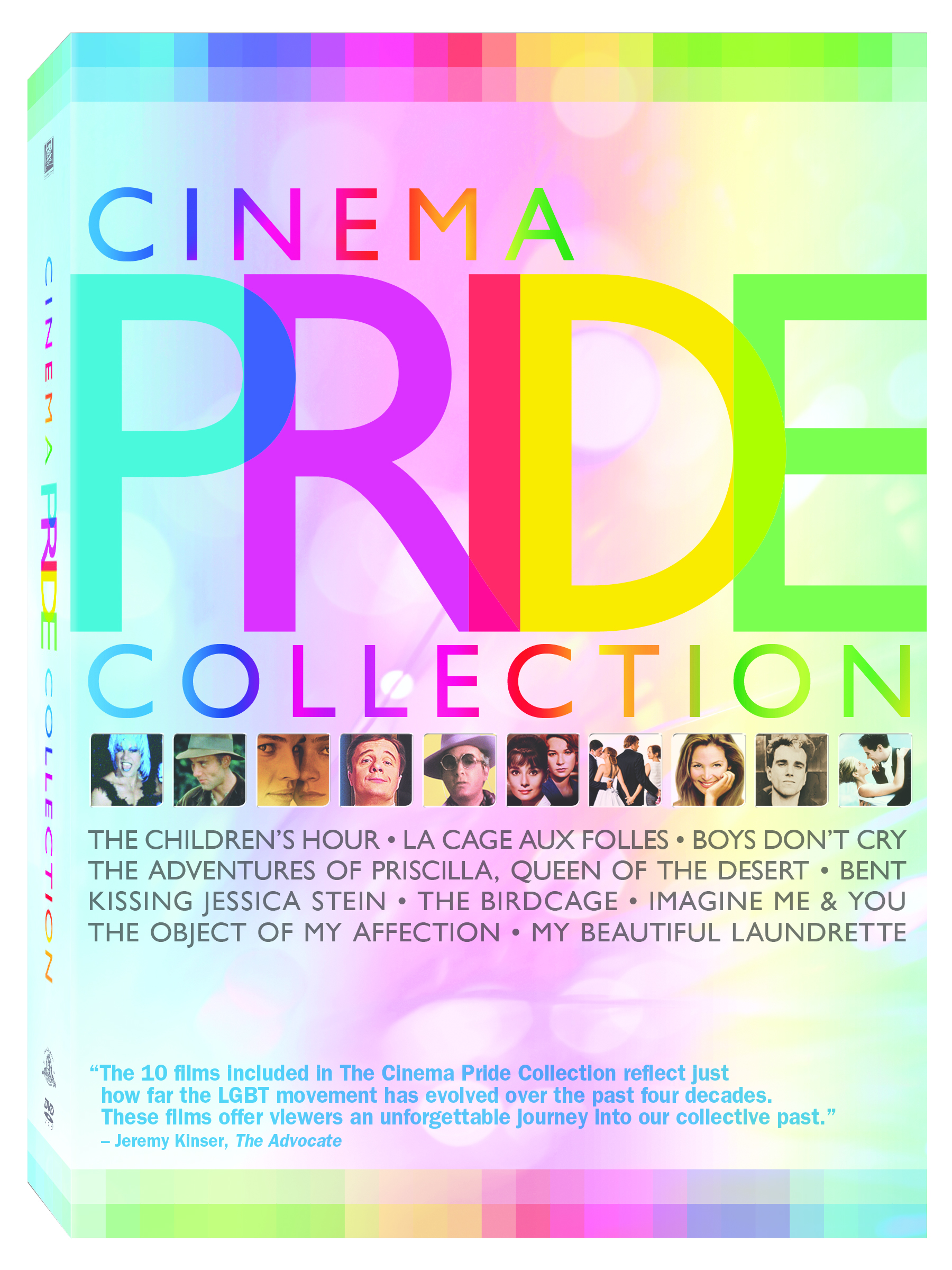 , celebrating homosexuality on the silver screen. As a straight man, I find the movies a sometimes accurate window into a lifestyle not my own, and at other times, I cringe at the horrible stereotyping that goes on.

Gays in the cinema started off as stock sissy characters that knowing audiences recognized queerness through characterization. It wasn’t until 1936’ [[[My Man Godfrey]]] before any touching was allowed and even then, the briefest of beard strokes. Gays continued to be see in parts that never acknowledged their sexual identity although they were trotted out now and then as the villain such as Clifton Webb’s murderous Waldo Lydecker in Laura.

If the movies touched on homosexuality at all, it was to imply that all male environments, notably the military, was a hotbed of opportunity. Gay men and women were often depicted as self-hating and suicidal because they could not “cure” themselves or overcome societal shame. This brings us to the oldest film in the collection, 1962’s [[[The Children’s Hour]]], one of the first Hollywood productions to even attempt an honest portrayal of lesbianism. The adaptation of Lillian Hellman’s play, directed by William Wyler, was drastically watered down thanks to the existing production code of the day but still offered fine performances from Karen Balkin, Fay Bainter, Audrey Hepburn, and Shirley MacLaine – notable that two acclaimed adult actresses played lovers.

While Andy Warhol’s shorts were among the first American productions to openly display same-sex romantic scenes, the Europeans were far more open and accepting of different lifestyles. Their emphasis on dramatic storytelling and avoidance of typically pat-endings allowed gay cinema to evolve more rapidly allowing them to laugh at 1979’s wonderful [[[La Cage aux Folles]]], also included here. By the time that charming French film was remade in America as [[[The Birdcage]]], everything was far brighter, far more over the top and filled with welcome star power (Robin Williams, Gene Hackman) to overcome any squeamishness over the subject matter. Comparing the two in this set, I still prefer the original in its more low key, honest portrayal of more varied gay relationships.

Once again, the Europeans show how portray the human condition in stark terms with 1985’s [[[My Beautiful Laundrette]]]. Hanif Kureishi adapted his stage play that mixes in many messages, not just homosexuality but also England’s struggle with the immigrant experience, class structure and social mobility. Stephen Frears directs a largely unknown cast in a strong story that earned its accolades. 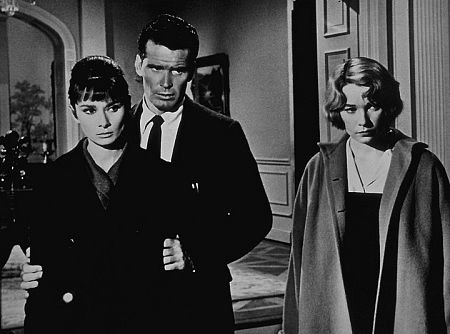 Writer-Director Stephan Elliott reminds us that being gay can also
mean celebrating the lifestyle in flamboyant ways. He decided gay men
needed a modern day musical and crafted the outrageous [[[The Adventures
of Priscilla]]],[[[ Queen of the Desert]]]. Set in the Australian Outback,
the 1994 film about two drag queens and a transsexual (the hysterical
Terence Stamp) is also noteworthy for introducing audiences to Hugo
Weaving, long before the Wachowski Brothers propelled him to fame; and
Guy Pearce before Momento.

Sean Mathias directed Martin Sherman’s
story, [[[Bent]]], which featured Clive Owen attempting to maintain
his dignity while imprisoned in a Nazi concentration camp.  Its somewhat
dark and brooding and co-starred Ian McKellen and Jude Law, making it
infinitely watchable despite the subject matter.

Mainstream
Hollywood was slow to embrace the emergence of gays and lesbians and
their first attempt was the horrid [[[Making Love]]]. Since then,
romantic comedies have gained too much mileage from saddling the main
characters with gay sidekicks/best friends. Far too infrequently does
the gay man do anything but hold hands and crack wise. An exception,
though, is the 1998 romcom, [[[The Object Of My Affection]]], which
shows Jennifer Aniston giving birth and raising the baby with her gay
best friend/roommate Paul Rudd. It shows how nurturing and parental gay
men can be, defusing some of the arguments against gay couples being
able to adopt children.

Far more serious, though was the story of
Teena Brandon, beautifully depicted by Hilary Swank in [[[Boys Don’t
Cry]]]. All the person wanted was to be accepted as the male she was
born to be and this included masquerading as Brandon Teena, falling in
love with a girl (Chloe Sevigny), and suffering the rampant hatred of
those who won’t accept anything but heterosexuality in a multicultural
world. The character’s tragic end was a clarion call for sympathy and
the movie, directed by Kimberly Pierce, holds up quite well. 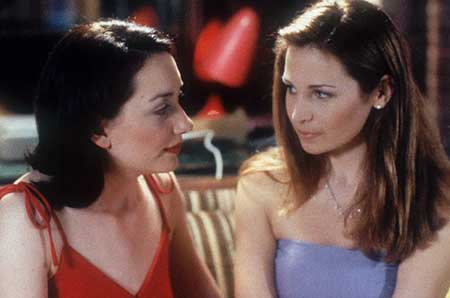 All
of the proceeding allowed greater acceptance from audiences for
gay-themed characters and storylines building up to more mainstream
offerings such as the charming [[[Kissing Jessica Stein]]]. Stars
Heather Juergensen and Jennifer Westfeldt first saw this story as a play
but it works fine as a film about a woman trying out the lesbian
lifestyle. Breaking news of her new girlfriend to mother Tovah Feldshuh
is quite poignant.

The final film in the set is [[[Imagine Me
& You]]], another mainstream romcom, which is not good at all.
Written and directed by Ol Parker. Imagine Piper Pearbo about to marry
Matthew Goode but can’t keep her eyes off Lena Heady (who can’t?) and go
from there. What could have been an interesting story about three
characters and romance is haphazardly handled to the detriment of the
cast and concept.

Since each disc is a reproduction of the most
recent release, the overall box set is a mixed bag, La Cage, for
example, has one of the worst transfers from film to DVD while the older
Children’s Hour looks great. Also, all the original extras
remains so you get trailers, featurettes, and whatever else was present
the first time around. Of special note is Kimberly Pierce’s director’s
commentary on Boys Don’t Cry. Nothing was added to the overall
package so if you own these, there’s no reason to buy them again. On the
other hand, if you want an interesting collection of films with many
strong stories about this subject, the box set is a nicely priced
offering.