Review: ‘The Burning Plain’ on Blu-ray 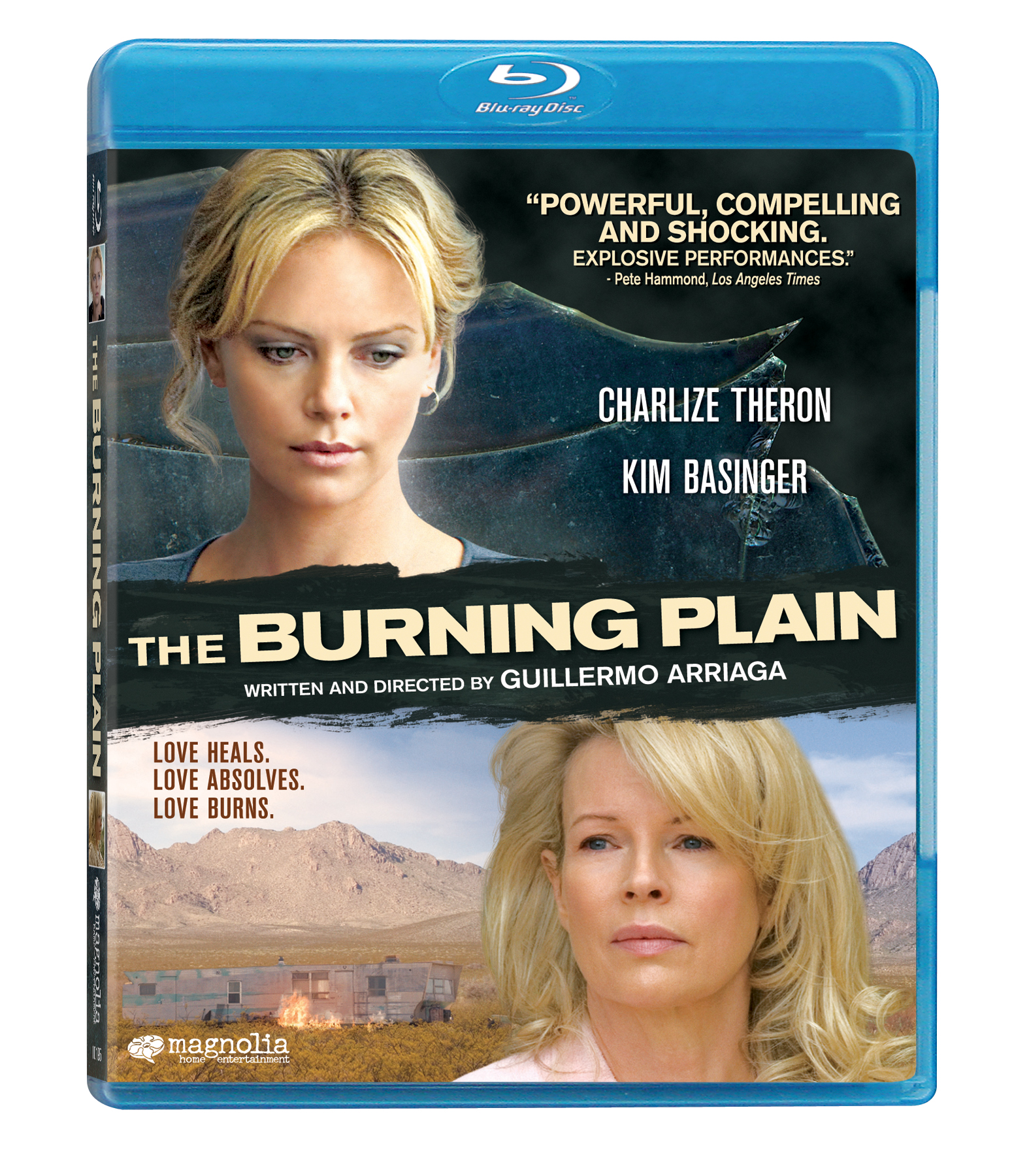 Screenwriter Guillermo Arriaga ([[[21 Grams]]], [[[Babel]]]) was determined to take greater control over his stories by directing and made his debut in the well-intentioned [[[The Burning Plain]]]. The movie, out now on DVD from Magnolia Home Entertainment, played at various festivals before receiving an unsuccessful theatrical release. Starring Charlize Theron and Kim Basinger, the movie is told in Arriaga’s patented nonlinear manner, but keeps us at arm’s distance from the characters.

In short, the story is told in three parallel timelines that eventually begin to converge. Basinger plays Gina, an unhappy mother who is having an affair with Nick (Joaquim de Almeida) and doing a poor job of hiding it from her eldest daughter, Mariana (Jennifer Lawrence). In attempting to keep her family together, Mariana trails them to the trailer they use for their trysts, setting the gas line on fire, hoping to flush them out. Things don’t go well and later, at the funeral for the former lovers, Mariana catches the eye of Nick’s oldest, Santiago (Danny Pino) and the two teens begin an affair.

Years later, Mariana now calls herself Sylvia (Theron) and is a self-destructive, near-suicidal restaurateur in Portland. Her precarious life is thrown into turmoil when the daughter she abandoned is brought to her after Santiago is injured in a crop dusting accident.

Structurally, the movie is well crafted and fascinating to see things fall into place. On the other hand, because two of the three timelines are close in setting, there needed to be more visual cues which storyline we were watching. This is a strong drama about people engaging in happy pursuits but none take any pleasure in their acts and guilt is an overriding undercurrent to all the major players.

The greatest failing, though, is to explore any of the characters. Why was Nick so attractive Gina couldn’t resist? Why was Gina so unhappy at home? What prompted Mariana/Sylvia to abandon Santiago and her daughter? All the characters are there but none of them are deeply written to allow us to really feel for them.

This is a shame because the three main women – Theron, Basinger, and Lawrence – give riveting performances.  In fact, Lawrence justly earned the Marcello Mastroianni prize, for the best young emerging actor/actress at the Venice Film Festival. You want to know more about them, their worlds, and what drives them all but Arriaga lets us and them down. The film is rounded out with many other familiar faces in smaller roles including John Corbett, Robin Tunney, Rachel Ticotin, and Brett Cullen.

Beautifully photographed, it features a haunting soundtrack from Omar Rodríguez-López and Hans Zimmer. All the elements were there for a stronger film.

The Blu-ray comes complete with a 43 minute Making Of featurette where Arriaga goes to great pains to introduce us to all the major players behind the camera. Along the way, we see how the film was shot and the themes of earth, wind, fire, and water that he subtly assigned his characters. A 15 minute piece shows us the unusual collaboration between Rodríguez-López and Zimmer and there’s a four minute puff piece from HD Net.