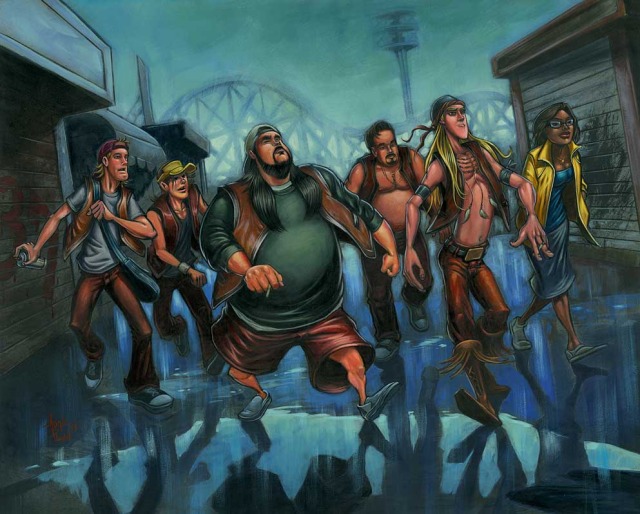 The 50 Greatest Film Trailers of All Time from IFC.com: What, no Superman Returns or the banned trailer for Spider-Man?

Tolkein Film Trilogy Rings False for His Heirs: You’d think a franchise that grossed over six billion dollars would
be making royalties, wouldn’t you? And you would be wrong. And because
New Line is playing cute with accounting (again), they’re threatening
the making of The Hobbit.

The return of the 90’s from SpaceBooger.com

And the picture above is from ViewAskew, Clerks meets Warriors.