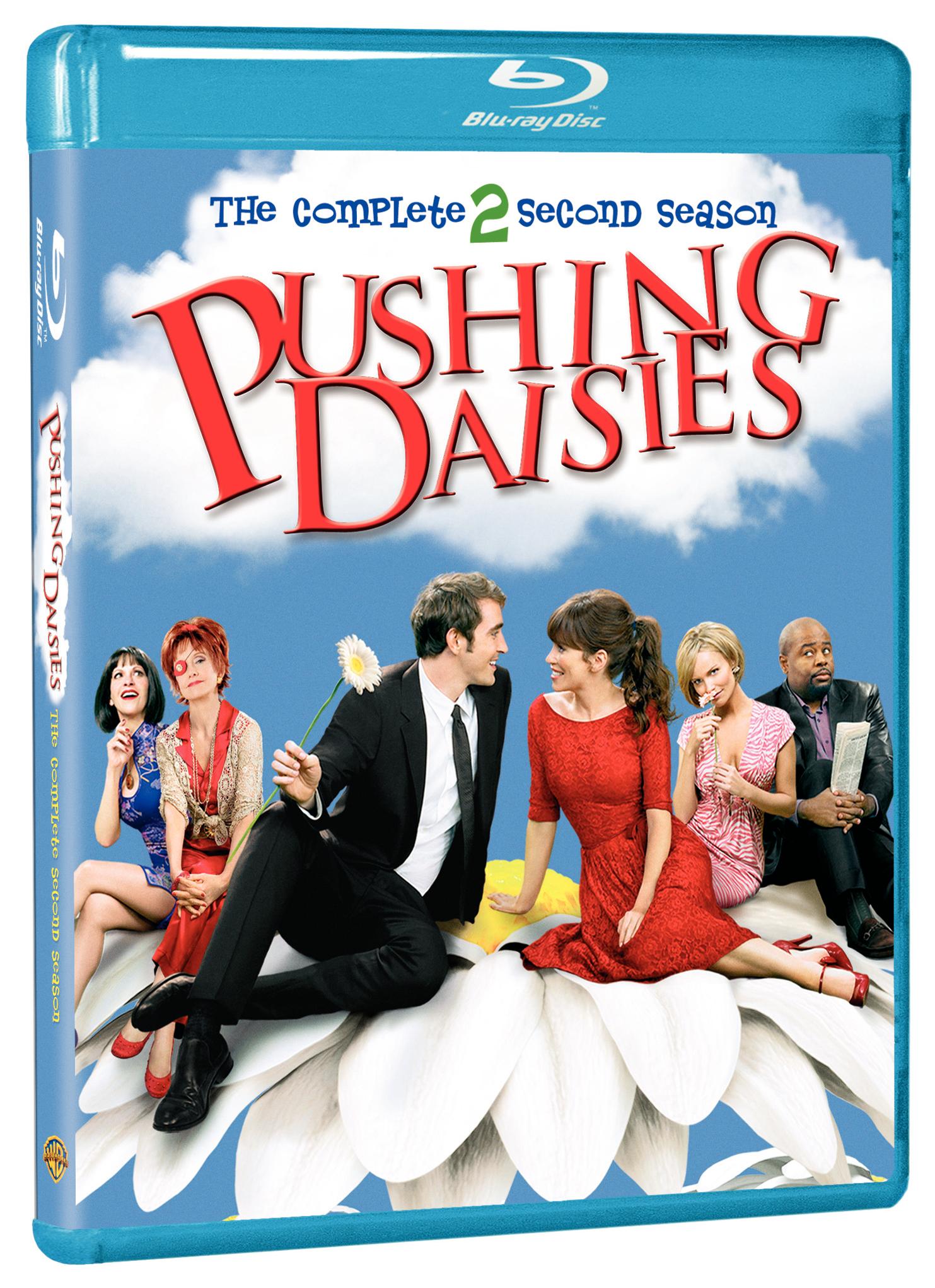 debuted in the fall of 2007, I wrote
on my blog the show “is a delight. With its oversaturated color palette and
Jim Dale narration, this is a fairy tale with a set of off-kilter characters
that you immediately warm to. The leads and supporting cast are equally strong
so it’s up to the writers to make the most of them. I can see why ABC pushed
this so hard; it’s the most original series of the season.”

Somewhat retooled during the writers’ strike, ABC brought it
back this past fall and by Christmas it was gone with three episodes unaired.
Those finally got seen in June and now the entire second season is available as
a four disc box set, being released Tuesday from Warner Home Video.

The second season continued to have the feeling of a fairy
tale and maintained the basic tenants of the series from Jim Dale’s delightful
narration to the everything is slightly over-the-top but you buy it visuals.

Still, the cast probably had a few regulars and recurring
players too many and the storylines reflected that.  We have Olive hiding as a nun, taking away
from the core cast and concocting stories to bring the cast to her. Ned’s daddy
issues continued to flare up along with the improbable introduction of half-brothers
that only bloated the stories for a while. No sooner were they dispatched than
we turned to Chuck’s daddy issues complete with Daddy’s resurrection. The best
part of that was how he reacted and took advantage of the situation, causing fresh
problems for Ned and Chuck. Coupled with Chuck’s story was her aunts and the
arrival of Dwight, a recurring antagonist who got caught up with Vivian.

It felt messy and overdone, and for those trying to sample
the show, it was probably dense and off-putting. For those of us who watched it
regularly, we delighted in the bizarre cases, highlights including the
honey-based cosmetics murder, the death of Colonel Likkin and the case of the dead
window dresser.

Clearly, the writing was on the wall, allowing Bryan Fuller
to try and tidy things up in the final three episodes. The penultimate story,
which possibly had the best script of the season, allowed some closure to
Emerson Cod’s search for his daughter, allowing the finale to wrap up Chuck’s
issues with her Aunts, one of whom turned out to be her natural mother.

The core cast was nothing but superb from beginning to end. They
played everything straight in a wacky world and each appeared as fully-fleshed
out people with surprising quirks and hobbies (Emerson’s knitting for example).
The chemistry between Lee Pace and Anna Friel helped the romantic fairy tale
feel and they were more than ably supported by Kristen Chenoweth and Chi
McBride.  The guest cast was a nice blend
of the familiar and the less familiar but everyone played their parts larger
than life, adding to the unreal feel of the series.

The 13 episodes are complemented by four short featurettes:
The Master Pie Maker which was heavy on clips and not enough interview material
with the cast about the show overall; From Over to Table, which focused on
bringing the scripts to life that could have benefitted with a little more on
the props and set design; Secret Sweet Ingredients, a strong piece on the
wonderful music from composer Jim Dooley; and, Add a Little Magic, which was a
brief look at the visual effects. They, like the pie Ned served, were sweet
morsels leaving you wanting more.

Much like the series, this may be gone from television but
will live on as a maxiseries from WildStorm. For now, though, the second season
comes recommended.