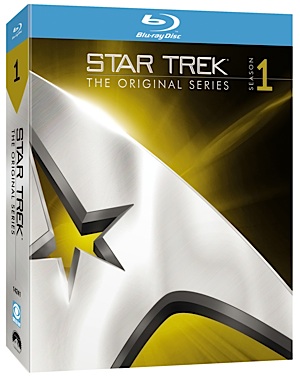 All eyes are on what J.J. Abrams and his team have done to reinvigorate public interest in Star Trek

. The reason the franchise, created by Gene Roddenberry, needs any attention at all is the result of inept studio focus during the 1990s and beyond. To Paramount’s management at the time, [[[Star Trek]]] was a cash cow to be milked dry as often and in as many ways as possible. Any care about creativity was a lucky happenstance, not by design. Therefore, they let [[[Star Trek: Voyager]]] limp along on their UPN network only to be followed by the even limper [[[Star Trek; Enterprise]]]. The film series, featuring [[[The Next Generation]]] characters, kept hitting the reset button until [[[Nemesis]]], which had a disinterested director foisted upon the series at a time it really needed to improve its game given the critical drubbing the television version of the franchise was receiving.

By the time [[[Enterprise]]] was canceled and Nemesis got ignored at the box office, everyone agreed it was time to let the entire behemoth rest. Some argued forever, others wisely knew Paramount would never let it go so bet on three to five years.

What everyone seems to have forgotten is what Roddenberry got away with back in the 1960s. Today, we’re reminded of that once more with the release of the first season of the Original Series on Blu-ray. The 29 episodes that NBC aired during the 1966-1967 television season have been carefully restored, remastered, and augmented for today’s technology and audiences.

Roddenberry turned to the science fiction community for ideas and wehad offerings from Harlan Ellison and Frederic Brown that first season,along with inspired stories from producer Gene Coon, John D.F. Black,and Jerome Bixby. The subject matter was more than the alien of theweek, as the series nicely melded the needs of a show with continuingcharacters with the moral character stories that made us love RodSerling’s [[[Twilight Zone]]]. We watched them confront their fear ofthe unknown, learned not to judge a book by its cover, and heard howmankind survived the Eugenics Wars of the 1990s to go out and findother civilizations and live in harmony.

The first season, aswith so many series, is inconsistent as the producers, writers, andactors found their way.  Spock initially seemed to shout his orders andmake wry observations with a smirk until he more full grasped what itmeant to tamp down one’s emotions. We watched the growing relationshipbetween Spock and Kirk, Spock and McCoy and Kirk and McCoy until werecognized these three were the center of the series, not just thestarship’s captain.

While subsequent series got bogged down in technobabble in lieu of themes extrapolated from the day’s headlines, Star Trek’s first season faced them head on. As a result, the characters became beloved because we were so invested in those stories.

But,you wonder, I already bought the VHS tapes then traded them in for thetwo-per-disc DVDs, then the DVD season sets only to trade the whole kitand caboodle in for the Hi-Def season sets. So, the question becomes,do I need to buy these 29 episodes one more time?

For the mostpart, the answer is yes. The dual-layered discs show the care that wentinto cleaning the original prints for the 1080p VC-1 high definitiontransfer mean the images, at the original aspect ratio of 1.33:1, aresharper and more vibrant.  Pillar boxing preserves the original 4:3aspect ratio.

The 7.1 DTS HD Master-Audio is also much improved.Alexander Courage’s original theme was re-recorded for this set using the exact same orchestra composition to bring the theme into a new eraand its sounds terrific.

The menus and navigation are both improved over earlier incarnations.

All of the Hi-Def extras and standard DVD extras return, albeit in standard format.

Thereare some new bells and whistles to help you decide to make thisinvestment one more time. First, you get not only the episodes but youalso have the option of seeing the remastered version, or togglingbetween the two versions during viewing. Then, there’s the new Starfleet Access, which is essentially Pop Up Video for seven of theepisodes (“Where No Man Has Gone Before”, “The Menagerie, Part 1”, “TheMenagerie, Part 2”, “Balance of Terror”, “Space Seed”, and “Errand ofMercy” – missing from the Hi-Def set is “The Galileo Seven”).

You get a new Interactive Enterprise Inspection which is one of the few times you spend any time gazing atthe Enterprise’s hull and learn some new facts. The BD-Live portal willtake interested viewers to go for an expanding roster of interactivefeatures, presuming you have BD Live installed. Already available arecast biographies, behind-the-camera crew biographies, characterbiographies, photo galleries, and some additional video material. Thisfeature alone shows the future of Blu-ray technology and is anotherargument in favor of this set.