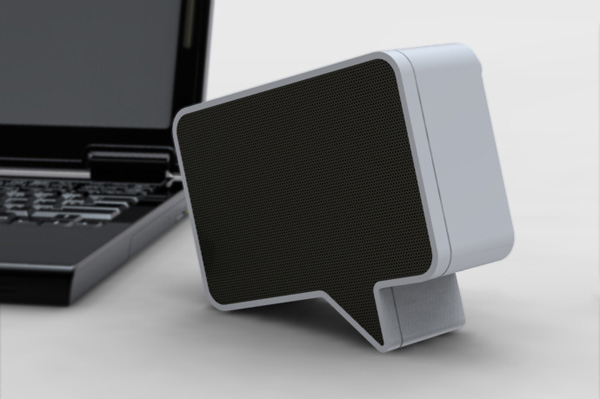 * the. Speak-er is shaped like a cartoon speech bubble. Of course, if it was a speech bubble, it would have speech recognition to render text on the fly. If it was really cool, it would look like John Workman lettering.

* Val Kilmer to be king of Bacchus in New Orleans parade.

* The NYCC Indie After Party. I’ll be there… I’ll probably need the drink.