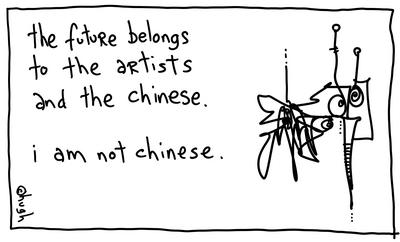 * Even Batman can’t save everybody at Warner Brothers from a lousy economy. Reuters reports the studio is considering ways to cut its budget by 10 percent, saving tens of millions of dollars via layoffs or other steps. "No decisions have been made," said a Warner Bros spokesman regarding the cost cuts, which are widely expected to result in an unspecified number of layoffs at the studio. Warner Bros is owned by Time Warner Inc, which last week projected a loss for the year, compared with a previous forecast of earnings of $1.04 to $1.07 per share.

* ICV2: "Titan Books has announced the expansion of its publishing agreement with Golden Age comics pioneer Joe Simon, the co-creator of Captain America.  This summer Titan will launch The Official Simon and Kirby Library, which will now include full color hardcover volumes collecting Simon & Kirby’s horror, detective, and romance comics." I detect the fine hand of Steve Saffel in this; way to go, Steve.

* According to a recent study, forty-six per cent of Canadians can’t name a single Canadian writer. Here, let me give you two. Ty Templeton. Robert J. Sawyer. You’re welcome.

* Laurel Maury reviews Jonathan Lethem’s Omega The Unknown for NPR. (Come back to the Malibu, Laurel, we miss you!)

* Friday night’s airing of the start of season 4.5 of Battlestar Galactica will run 3.5 minutes long according to information released by SciFi. Dish Network has already adjusted the run time but you should double check any PVR’s you may have set up. You’ve been warned.

* An interview with Dean Mullaney.

* Why I dislike Batwoman too.