A Billion Dollars Worth Of Respect, by Dennis O’Neil 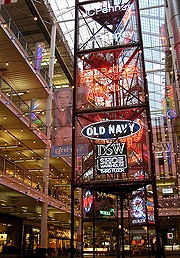 You saw the story, posted here on our own beloved website a couple of days ago: comic book movies have earned over a billion United States dollars this summer, despite an iffy economy that may or may not have something to do with those loveable funsters who frolick near the Potomac.

So the aspirations of those folk we mentioned last week – to be respectable and accepted and part of the mainstream – has been realized, though only a few of them are still around to enjoy whatever perks this brings.

Check it out. A billion-with-a-B-dollars! Oh sure, we comics guys have not had to hide our shame for quite a while now. There are the postage stamps and gigs at places like the Library of Congress and the Smithsonian and classes taught at major universities and whole sections of bookstores devoted to comics material and if you donate the graphic novels you won’t read again to your local library, they’ll probably be accepted, maybe even with a smile. But in our world, and in most others that I know about, material goods are the emblems of what the citizenry considers success. And that bil will buy a lot of material goods.

Someone – I have no idea who – observed that one of the ways to discern a society’s values is to look at its architecture: in the middle ages, in Europe, the cathedral was the biggest building in the burg. Now? Well, about a mile from where I’m sitting is the biggest, and some would say ugliest, structure in Rockland County and it ain’t a church, amigos, it’s a shopping mall.

You can buy comics at the bookstore on the top floor and just across a rather wide aisle, there’s a 21-screen movie theater currently showing the Batman flick on several of those screens. I saw Iron Man there a few weeks ago.

Okay, we’re respectable, arguably more so than other native art forms. (How’s jazz doing these days?) We’ve migrated from the fringe to the center, and we’re not the first storytellers to make the journey.

Once upon a time, decent people did not consort with those who worked in the theater, and until the Sixties, science fiction was widely considered sub-literate, as were crime novels. (Did I mention jazz?) What I wonder is, does the acquisition of respectability influence that which becomes respectable? Do outsiders enjoy freedoms insiders don’t often have? When a creator is working on a project, does some niggly part of the subconscious remind the creator that this might be taught someday and so you’d best make it classroom friendly. And if that darn subconscious does niggle, how much influence does it have, and is that influence in any way pernicious?

I honestly don’t know. But I guess I’d like to.

Anybody have any ideas?

Dennis O’Neil is an award-winning editor and writer of Batman, The Question, Iron Man, Green Lantern, Green Arrow, and The Shadow – among others – as well as many novels, stories and articles. The Question: Epitaph For A Hero, reprinting the third six issues of his classic series with artists Denys Cowan and Rick Magyar, will be on sale in September, and his novelization of the movie The Dark Knight (you may have seen it) is on sale right now.  He’ll be taking another shot at the ol’ Bat in an upcoming story-arc, too.