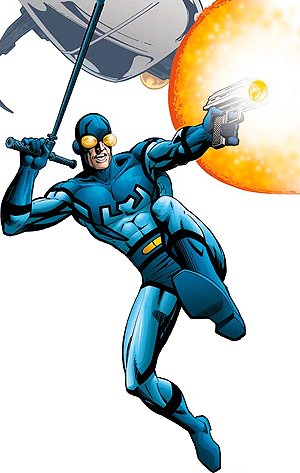 How did we never make this connection before?

While the ruthless corporate CEO as villain is pretty much a stock character in modern pop culture, superhero comics have always conspicuously placed successful businessmen on both sides of the hero/villain divide. Yet an interesting, and perhaps counterintuitive, pattern recently occurred to me. Just off the top of my head, here are some of the most prominent superhero characters who have, for some significant chunk of their histories, been portrayed as CEOs of large corporations:

Here are the first four CEO supervillains who spring to mind:

Ok, comics geeks, pop quiz: What do the four heroes and the four villains each have in common?

The answer is that none of the four heroes founded the corporations that bear their family names: Each of them inherited their wealth.

Adding to the list of inheritors: Charles Xavier, Garfield Logan (from stepdad Steve Dayton who was a self made billionaire and for a while, a bad guy). Who else can we add to the lists– and who are the exceptions that prove the rule? And where do we put Scrooge McDuck?