How Matthew Goode Got the ‘Watchmen’ Gig 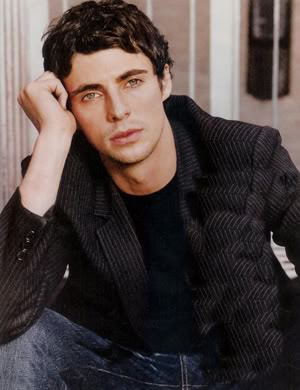 You may have heard of actor Matthew Goode. He was in Matchpoint and The Lookout and has a big new movie coming up called Brideshead Revisited.

Oh, and he plays Adrian Veidt in that little Watchmen flick.

In an interview in the Orlando Sentinel about his role in Brideshead, Goode also shared some interesting background on how he got the Watchmen role:

His nerviest turn to date, in The Lookout, is what he says got him the role that will almost certainly make him world-famous. He is Adrian Veidt, "Ozymandias" in the new film of the acclaimed graphic novel, Watchmen, one of the most anticipated movies of 2009.

"I’m auditioning on my hotel room toilet, in front of a sheet [a video audition], reading two scenes, one of which has me remembering that I’ve killed 15 million people," he says, laughing. Brideshead wouldn’t have prepared him for that. "I got that part because of The Lookout.

"I hadn’t read the [graphic] novel, but I did, and went, ‘Oh my God! This is ridiculous. So complicated. But [W atchmen] is everything you want to play as an actor, all those gray areas, and in a movie millions and millions of people are dying to see."