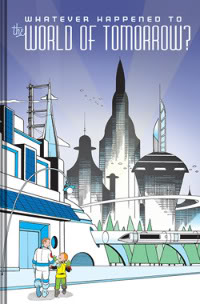 It went a bit overshadowed amid the madness of Comic-Con, but there was some big news out of New York last week as publisher Harry N. Abrams announced the creation of a new comics imprint, headed by Charles Kochman.

Kochman was recently promoted to be executive editor of the publishing company, and he told Publishers Weekly it was a natural fit to take on more comics.

Kochman will direct the new imprint, which will launch with four new titles: The Art of Harvey Kurtzman: The Mad Genius of Comics by Denis Kitchen and Paul Buhle; The Art of Jaime Hernandez: The Secrets of Life and Death by Todd Hignite, designed by Jordan Crane with an introduction by acclaimed cartoonist Alison Bechdel; Secret Identity: The Fetish Art of Superman’s Co-creator Joe Shuster by Craig Yoe; and Whatever Happened to the World of Tomorrow? by Brian Fies, the creator of the award-winning Web comic/book Mom’s Cancer.

Abrams publisher Steve Tager said launching a new imprint “made sense. We’ve published comics and pop culture titles in the past—we’ve sold half a million copies of the Art of Walt Disney—so Charles is building on a history that Abrams already has. But he brings a passion and experience in the category. He’s brought in more graphic novels and launching an imprint just makes sense in this marketplace.” Tager said the imprint will be able to cross-promote with Abrams’s children’s book line, special markets department and internationally—he noted that Kirby: King of Comics, Mark Evanier’s biography of comics artist Jack Kirby, is a bestseller for Abrams U.K. “We’ve been coming to Comic-con for several years now and our education in the category continues,” said Tager. “And our designers and sales reps all love Charlie’s books; he focuses on the little things and that’s what makes his books special.”