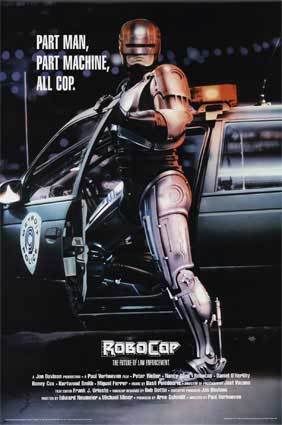 The long-rumored reboot of Robocop at the hands of director Darren Aronofsky was made official this week, Variety is reporting.

The previous trilogy is going to get a reboot, and apparently the idea is  to take the mecha-lawman story and make it more noir-influenced. Personally, I was hoping for an Old Western.

Darren Aronofsky has signed on to direct and David Self is penning a new installment about the hero whose tagline is "part man, part machine and all cop."

"RoboCop," which is being fast-tracked for a 2010 release, becomes the first potential tentpole to come together since Mary Parent took the reins of MGM in March. Aronofsky’s involvement has been one of the worst kept secrets, with rumors rampant in the blogosphere that "The Fountain" helmer was eyeing the project.