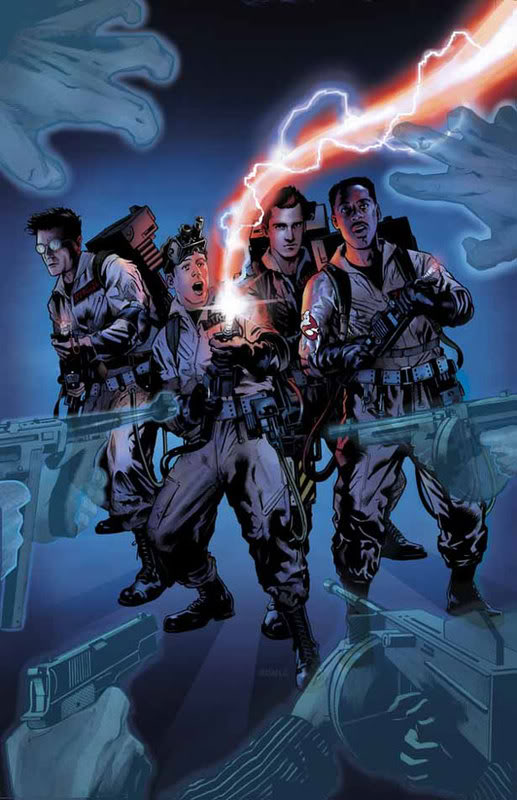 Going into Comic-Con, we all knew IDW would be talking about their plans with the recently acquired G.I. Joe franchise. But another ’80s reboot came as a little more of a surprise.

In October, the publisher will trot out a four-issue Ghostbusters miniseries, by writer Keith Champagne and artist Dustin Nguyen. Newsarama caught up with Champagne in San Diego, who had an interesting take on the property:

Is Ghostbusters a successful franchise? It’s definitely generated a lot of revenue in different formats so I guess one could consider it successful in a bottom line kind of way, but creatively, I think it’s been hit or miss. Granted, I’m not the target audience for the cartoon stuff so maybe I’m wrong.

I think the greatness of the first movie has more or less born the weight of the entire franchise over the years. None of the other iterations has seemed to come close although I’m hearing that the upcoming video game is really good, basically a third movie in itself. And hey, there’s no shame in shooting for the stars and falling a little short. Let’s face it: guys like Dan Akroyd and Harold Ramis and Rick Moranis and Bill Murray firing on all cyclinders, that’s a tough act to follow for us mere mortals.

Also, no Slimer, which is sure to please some and annoy others.