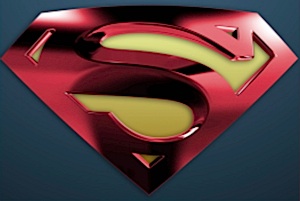 DC Comics ran their first panel of the show on Thursday morning with DC: Superman: Man of Tomorrow.  The panel was moderated by editor Matt Idelson and featured writers Geoff Johns, James Robinson, and Sterling Gates along with artists Jamal Igle and Renato Guedes (who was provided with a translator, yet never spoke).

Johns kicked off the panel by asking how many in the crowd were reading Action Comics to a strong, but noticeably short of unanimous, ovation.  He then continued to explain that what they’re trying to do right now in the books is to create a cohesive universe for Superman so they can “start telling big excellent stories”.

As an example of a big excellent story Johns went on to explain the upcoming “New Krypton” story arc.  Coming out of the current Brainiac story Kandor will be restored to full size on Earth.  “100,000 Kryptonians come to Earth and say, cool this is New Krypton, and Superman’s like, ‘no it ain’t.’” said Johns.

The panel then turned towards the role of Supergirl in the upcoming stories. Gates expressed a desire to turn the book from a “B”-list title to a more marquee title.  Igle said of Gates’ first issue, “I was surprised at how good his script was.  I had to go back and read it twice.”

Johns went on to discuss the return of Cat Grant to the Superman titles and the relationship between her and Supergirl.  He said that one of the first thing she would do is publish an article called “Why the World Doesn’t Need a Supergirl.”  It was later revealed that this article would make up the first page of Gates’ run on Supergirl.

The remainder of the panel was then devoted to questions from the audience.

Asked about new ideas in the book aside from New Krypton, Johns said that there would be a Superwoman coming soon and that beside that the books were plotted out between him and Robinson until 2010.

Next, the panel was asked if Johns would be focused on classic villains citing his work with Bizarro and Brainiac, while Robinson would work on new characters like Atlas.  This prompted a much needed history lesson from Robinson who pointed out that Atlas actually was a pre-existing character from a special from the 70s.  That many characters they’re using aren’t new— they’ve just been forgotten.

The next question was about the rumored return of triangle numbers, the system of numbering the four Superman titles in the 90s used for keeping the storylines in order as they crossed over through the separate titles.  They said they would most likely return with the New Krypton story. No word on if hologram covers and polybagged issues were coming back as well.

A fan who clearly wanted this panel to be about something else asked about the possibility of the return of Robinson’s Jack Knight Starman character.  Robinson said there were no plans to bring him back.  Adding that when you un-retire a character then any one can use them – even writers he wouldn’t trust with the character.  That giving the cosmic rod to Courtney (Whitmore) in the pages of JSA was a calculated move to keep Jack on the sidelines.  While he wouldn’t bring back Jack Knight, Robinson was quick to point out that he did bring back Krypto.  Later, when asked about the Shade, Johns revealed that Robinson would be putting out a Shade one-shot before the end of the year.  There was also a question about the failed Starman TV show. Robinson said that the TV people really didn’t get the character, they even went as far as to give Jack Knight a child.

The next question was about the inconsistent characterization Supergirl has been victim of since her re-introduction to the DC Universe.  Gates said he wanted to bring some more dignity to the book and added emphatically “Supergirl is not a slut,” which brought with it a smattering of cheers.

The next question was about the role of Lois Lane in upcoming stories and if there were any specific plans for the character.  Johns responded that there were and that “Lois Lane is the second most important character in our books. She’s got to be cool — if Superman’s gonna marry her, she’s gotta be the coolest girl in the world.”

Jimmy Olsen will also be at the forefront soon.  Robinson mentioned that he had just finished a one-shot focused on the character.  He clearly had affection for the character and said that he was almost as important as Clark and Lois to the stories he wants to tell.  The special will focus on a Jimmy Olsen that is destined to be one of the greatest reporters in the country but he just isn’t there.  Later in the panel there were a couple questions on whether the developments for the character in Countdown would be reflected in the monthly titles— most specifically his knowledge of Superman’s secret identity. Johns and Robinson both said they would not be touching on any of that stuff, even suggesting that after Countdown Jimmy forgot all of it.  They did not think that direction for the character was interesting.

The solitude of Superman as the last of the House of El was a recurring response to many questions.  The panel was asked why the addition of the child Kryptonian Chris Kent was not permanent.  Johns said that he didn’t want to make superficial changes to the characters that could be easily undone; that he wanted to tell stories about why the characters are interesting.  Johns said, “It isn’t interesting for Superman to have a kid, it’s interesting that he can’t.  That he can’t have a child with the woman he loves; that the line of El ends with him.  Later, when asked how Superman can be the last Kryptonian with so many others around, how he can remain unique Johns said, “That’s the story.  Keep reading.”

There were several questions involving Superman villains and the chances of their return.  When asked about Lex Luthor, Johns said that the best part about Luthor is that he really thinks he can change the world and that soon he might see a world that needs him to save it.  Asked about Doomsday, Johns said that he would be returning.

Supergirl will be focusing on developing a supporting cast and a rogue’s gallery for the character.  In terms of supporting cast there will be Cat Grant who will act like a J. Jonah Jameson for the character.  Also featured in the book will be Lana Lang as a person for Supergirl to talk to.  In terms of villains the only definite mentioned was Reactron but it was later mentioned that the Silver Banshee would feature in the first issue.