‘Sherlock Holmes’ Up Next for Downey Jr. 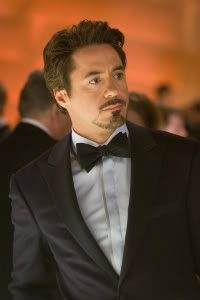 Variety is reporting that Robert Downey Jr. has signed up to play titular detective Sherlock Holmes in the upcoming Warner Bros. movie to be directed by Guy Ritchie.

Shooting starts this fall, which means it shouldn’t get in the way of Iron Man 2, which Downey also has on the table with a prospective 2010 release date. Marvel also apparently just brought back director Jon Favreau for that sequel.

Strangely, this is one of two competing Holmes movies, Variety says:

With Downey aboard, the film will go into production before a comedy that just coalesced at Columbia Pictures, with Sacha Baron Cohen playing Holmes, and Will Ferrell playing his crime-fighting partner Dr. Watson.

Columbia is fast tracking its project, which is being written by Etan Cohen ("Tropic Thunder") and produced by Judd Apatow and Jimmy Miller.

One might wonder, then, what this news portends for Downey’s supposed interest in a film version of Cowboys & Aliens. Platinum Studios leaked word of that, going so far as to say the film would have a 2010 release.

File that one under "doubtful."