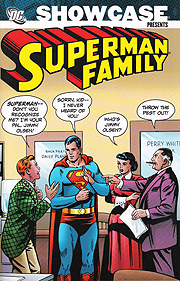 Don’t stop me if you’ve heard this one…

Harry is homeless. Once, he was a successful venture capitalist with three lavish homes, a beautiful wife and a charming daughter, but then he lost his money in a bad real estate deal, his wife ran away with a televangelist, and his daughter started living with a crack dealer and not answering her phone. While panhandling near his old office, Harry met an friend who knew of a deal that would restore Harry’s fortune – hundred percent, guaranteed – and with his bank account restored, Harry was sure he could reclaim his family and his lifestyle. The problem was, Harry needed a thousand dollars to get in on the deal and he had no way to get it; his credit was maxed out and no one he knew would lend him another cent. He’s now passing a church, his head bowed in misery, when he sees a thousand dollar bill laying in the gutter. He can’t believe it! He is saved! He bends over to pick up the bill and…he’s hit by a truck. Laying there alone in the filth, Harry knows he’s breathing his last. He looks up at the sky and cries, “Why?” And a voice booms from beyond the clouds, “Because you piss me off.”

One of my favorite jokes and one I’ve been thinking of this weekend because, somehow, I’ve run afoul, again, of my old foe Crankus, the spiteful god of technology. Ol’ Mr. Macintosh in front of me has been acting up and the gentleman, polite but not terribly helpful, at the Mac store wasn’t exactly sure why. Larry and his friend Perri graciously offered to reinstall the Microsoft Word program, because I don’t trust myself with even elementary technological tasks, and so far, so good.

Am I holding my breath? Well, not literally. (I can tell this because I’m not passing out.)

And so, my excellent New York U. students, I know I promised to have your scripts back to you by now, and I know I told you that excuses are not acceptable where deadlines are concerned – and I meant it and don’t you ever think I didn’t – but when is dealing with a malevolent deity, special pleading is allowed.

. I won’t say anything in this fat volume represents comics at their finest, but it’s sometimes interesting to visit the past and see the innocent and even sometimes charming place we’ve come from and what entertained our daddies and grandpas. The stories are from the late 50s, before Julius Schwartz and Stan Lee reinvented superheroes, and include a couple by Bill Finger, co-creator of Batman, which, for me, all by themselves, justifies owning the book.

Another note to my excellent NYU students: I know I’m short of my 500 word count, dammit, and I told you that you should always deliver the length promised, but like I said two paragraphs ago – remember? – I’mold.

Resident Methuselah Dennis O’Neil graces ComicMix every Tuesday morning, and the “graphic novels” section of your book store and comic book shop each and every day.