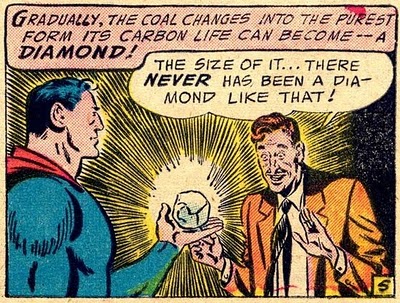 Seventy-five years ago on this day in 1938, the Golden Age of Comics began with the release of Action Comics #1, where Jerry Siegel and Joe Shuster introducing us to a strange visitor from another planet with powers and abilities far beyond those of mortal men– Superman! Who can change the course of mighty rivers– bend steel in his bare hands– and who, disguised as Clark Kent, mild-mannered reporter for a great metropolitan newspaper, fights a never-ending battle for truth, justice, and the American way!

And now, here are some scenes from the adventures of Superman*: