You would have been 52 today, and we all still miss you.

Yes, we know. But he would have done it for us. Miss you, fella. 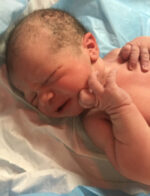 Just thought I’d break in here to mention that we’ve got a brand new ComicMixer aboard. Colton Mikel Fishman entered the world less than two hours ago, at 3:50 CST. He’s 18″ long, 7 pounds even, and the whole family is doing swell. Bennett is now a brother, Mama Kathy is happily exhausted, and Daddy Marc is excited and confused.

We-all here at ComicMix wish our li’l nephew and his family the absolute best. And I’m hoping to see more comic books out there for zero year-olds! 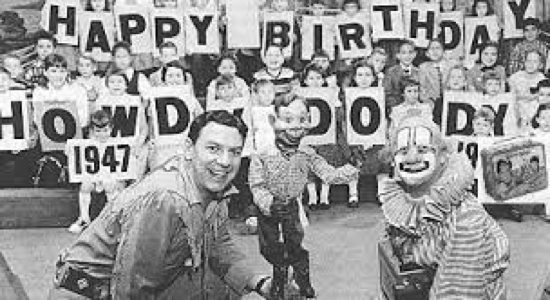 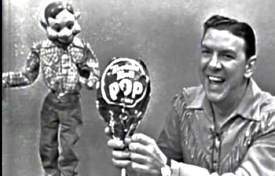 Since you are reading this, that means Rob Ernst aka The Tweeks’ Dad has failed at his attempts this week to build a time machine. And therefore, Maddy and Anya, ComicMix’s resident Twin Tween Geeks, have turned 13 today! Making them our resident Twin Teen Geeks!

The girls started their birthday celebrations at Long Beach Comic Con when they were gifted a photo op with John Barrowman, whom they adore.

The birthday fun continued this weekend, when Maddy & Anya along with their mom, Jen, attended the 3 day posh Kaboo Festival. Headliners included No Doubt, The Killers and Zac Brown Band. 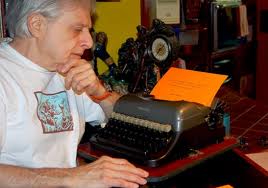 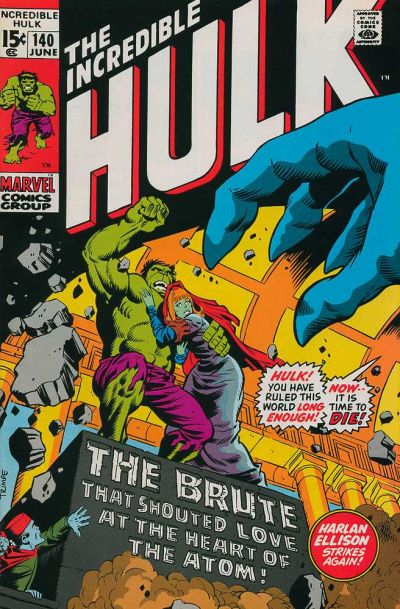 It’s time to print the next volume in the continuing adventures of Agatha Heterodyne – Girl Genius!

Why don’t you give him a birthday present by contributing to his crowdfunding campaign for Girl Genius Volume 13: Agatha Heterodyne & The Sleeping City, and he’ll give you a great read?

So there I was, flailing around for this week’s topic. The clock was ticking and time was running out. And then it hit me like a wet sock on the end of my nose – it’s appearing on Sunday, which happens to be my birthday. Not only my birthday but my 65th birthday which is supposed to be one of those big hoohah numbers. A milestone (I hope Brother Michael Davis lets me use that word). It marks me officially as a Senior Citizen (as if my balding pattern and gray to white hair hadn’t already done that).

I’m doing all of those things you’re supposed to do at this age. Join AARP? Done that. Applied for Social Security and Medicare? Done and done. Gimme that governmental teat to suckle. Sorry, Junior, but I’m soaking up your financial future and destroying your freedoms. Ask various media.

Except, of course, they don’t give me all that much. Of course, there may not be Social Security by the time you reach my age but I didn’t think it would be there when I reached this age so who knows?

And, of course, I’m going to retire.

Even if I could afford to retire (which I can’t), why would I stop writing? I love this gig. It’s part of my bones at this point. This is what I do, this is what I am. Writing isn’t like playing sports; the knees may go but, with writers, so long as your mind isn’t completely shot (careful!), the probability is that you can just keep getting better and I think, I hope, I believe that I have.

Regrets, I have a few but then again too few too mention.

Crap. I’m quoting “My Way”. I’m not a fan of the song. Too self congratulatory for me. The only ones who can sing it and make it work are Frank Sinatra and John Cleese at the end of George of the Jungle.

Crap. Now I have it running through my head.

Crap. Now I have the disco version running through my head.

Yeah, now it’s going through yours too, right? You’re welcome.

Anyway, I can look back and see some things I do wish I had done differently. I wish I had done a few more creator-owned projects. Balancing those against the for-hire work is generally a better idea, I think. Folks like Peter David and Mark Waid have done a real good job of that, I think.

I also wish I had gotten into prose more, gotten some novels under my belt. Again, folks like Peter David have done a good job with that. Yes, there are times I wish I was Peter David. Most of the time I’m fine with being me but there are times. . .

But know what? I’m 65. I’m not dead. There’s time to make changes and start doing both prose and creator owned projects. My paternal grandfather lived to be 100 and his daughter lived to be 101. In this day of crowdfunding, it’s more possible than ever to get new work out there.

And I have new projects I’m working on with partners I’ve worked with before. There’s possibilities of a novel or two that I’m actively pursuing. One of the projects that I’m doing with Tom Mandrake, Kros, you may have seen mentioned on Facebook. Timothy Truman, Mike Gold and I are discussing more GrimJack. Lots of stuff I can’t discuss yet but I hope to tell folks soon.

And I’m on social media. I have my Facebook page, I have my Twitter account. Still learning how to use the latter but I’m out there pitching.

When you get right down to it, 65 is just another number. It doesn’t really mean anything in and of itself; the meaning is what we ascribe to it. Getting old? Naw. Pulling back? Hell no. Going to Tahiti? Well, I wouldn’t say no but not on a permanent basis.

Watch the instructional video to learn how:

And a happy 82nd birthday to the Captain! Live long and… well, you know. 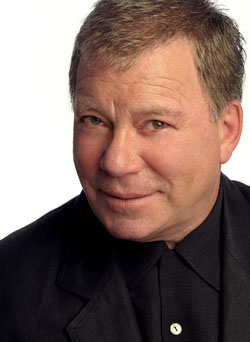