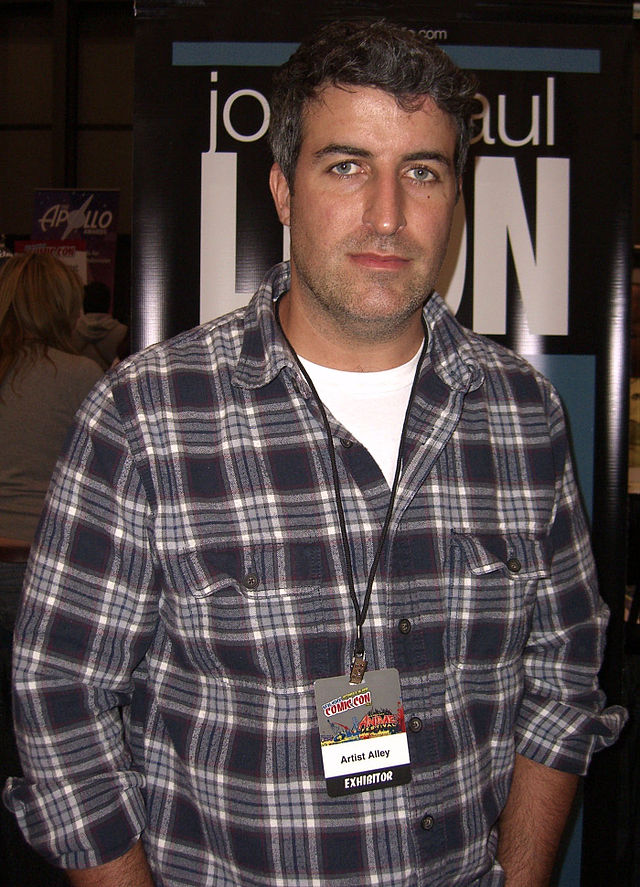 John Paul Leon was part of an elite group, the Bad Boy Studio Mentor program. That program’s goal is to help people of color gain entry into comic books and related businesses.

It does not stop there—the main goal is to pay it forward.

Each member of Bad Boy Studios is charged with advancing the next generation and living up to the program motto: EACH ONE TEACHES ONE.

When John came into the program, it was evident he was a star in the making. He began at Bad Boy during the period I was at Milestone Media.

Milestone’s business structure was just as innovative as Denys Cowan’s idea to create the company. The creative partners at Milestone took no salary; we were to be paid for our comic book work.

As an example, I wore many hats at Milestone, owner, founder, head of publicity, talent, and conventions. Nevertheless, I was only paid for writing and drawing Static known to the world as Static Shock.

I created the Static Shock Universe; the model for that creation was my Family. The real focus of that universe wasn’t Static; his sister Sharon Hawkins was.

The book Icon, Milestone’s Black Superman, was really about his sidekick, Rocket. That’s a genius idea from Dwayne McDuffie, so I followed suit.

The driving force behind the Static Universe was my mother, Jean. She was a remarkable woman, but her life was anything but easy. She was a victim of abuse from many sources but never complained.

Her mother, Lenore, my grandmother, and her daughter, Sharon, my sister, both died horrible deaths. That pain weighed on her, although she sought to conceal it.

I wanted to ease some of her pain, even if just a little. To that end, our family became the Hawkins family.

Jean, Robert, and Sharon were the names of my mom, dad, and sister. Hawkins was my cousin’s last name. Initially, Alan Hawkins was Static’s alter ego’s name. Dwayne changed it to Vigil after the civil rights pioneer.

My mother told me, seeing her daughter live on in Static was the greatest gift she ever received from me. The day after saying that, she passed away.

When John Paul Leon came into my Mentor Program, it wasn’t long before I decided his style was better suited for Static than my frequent photo referenced technique.

I mentioned I was only to be paid for writing and drawing Static. I was, except DC Comics never paid me for the entire time I was at Milestone. They refused to honor my contract.  (This was twenty-plus years ago and is in no way a reflection of the current DC Comics.)

My wife overheard a conversation where I was told that if I was so hard up for money, take the book back from John, I refused. She started screaming in Spanish.

A few days before this, she found out; we were broke—two years of no income erasing my significant savings. I, like a fool, honored my exclusive contract and looked for no other work. She was livid when I finally told her what I’d been dealing with and insisted we leave the loft where we lived.

My wife was the first generation of her family born in America.  Her Family risked death to come here from Cuba. They are hard-working, good people who value family above all.

Josephine was a wonderful woman with a smile that could light up a street. Nothing fazed her except bills. Like her mother, Jo saw bills priority number ONE.

The bill had to be paid the moment she opened the envelope. It did not matter if the bill was due in a week, month or decade. She paid bills immediately.

She never felt we could afford our place, and now, hearing her anger, I knew any chance I had of talking her into staying disappeared with my bank account.

I told her we were only a couple of months behind, the way she shouted you would have thought I spent the mortgage money on crack and the sheriff was at the door.

But I understood why it upset her so, what I couldn’t understand was Spanish.

I had no idea how I would tell this woman that I wouldn’t take the book back. It turns out I didn’t have to.  I found out later; she was furious but at the person on the phone.

“How dare you take away someone’s dream” she wasn’t talking about my dream but about John Paul’s dream to draw comics.

Josephine had a bond with John. They were both Cuban Americans, both kind and respectful, and both about Family.

I gave John my Family to take care of when I gave him Static to draw. Because of him and Robert Washington, Static is loved by millions all over the world. Yeah, the TV show was the medium— but no John Paul Leon, no Robert Washington, no TV Show.

In truth, Static may have been just another comic among thousands if not for them. John did a better job with my family than I would have each time I look at his work on the book reinforces that. Because of John if I ever do a Static project, his work will be first among the inspirations I’d pull from.

Each one teaches one is the John Paul Leon story in a nutshell; John’s work is so influential he will be teaching long after he is laid to rest.

Bernard, stay strong; your friend is still within your heart.

Bad Boy Alumni, you’re all very much part of why John became one of the greatest ever put pencil to paper.

Lastly, to the family, it was an honor and privilege to know your son; the world will remember him as one of the greatest to ever work in an industry full of great creators.

His light will shine for as long as comics exist perhaps even longer.