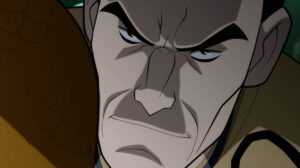 Arend, best known for his work on Madame Secretary, also voiced one of the Dark Knight’s most complicated nemeses in Batman: Hush. He is highly regarded for his work as a series regular on the long-running Madam Secretary and Body of Proof, as well as having featured roles in the popular films 500 Days of Summer and Garden State.