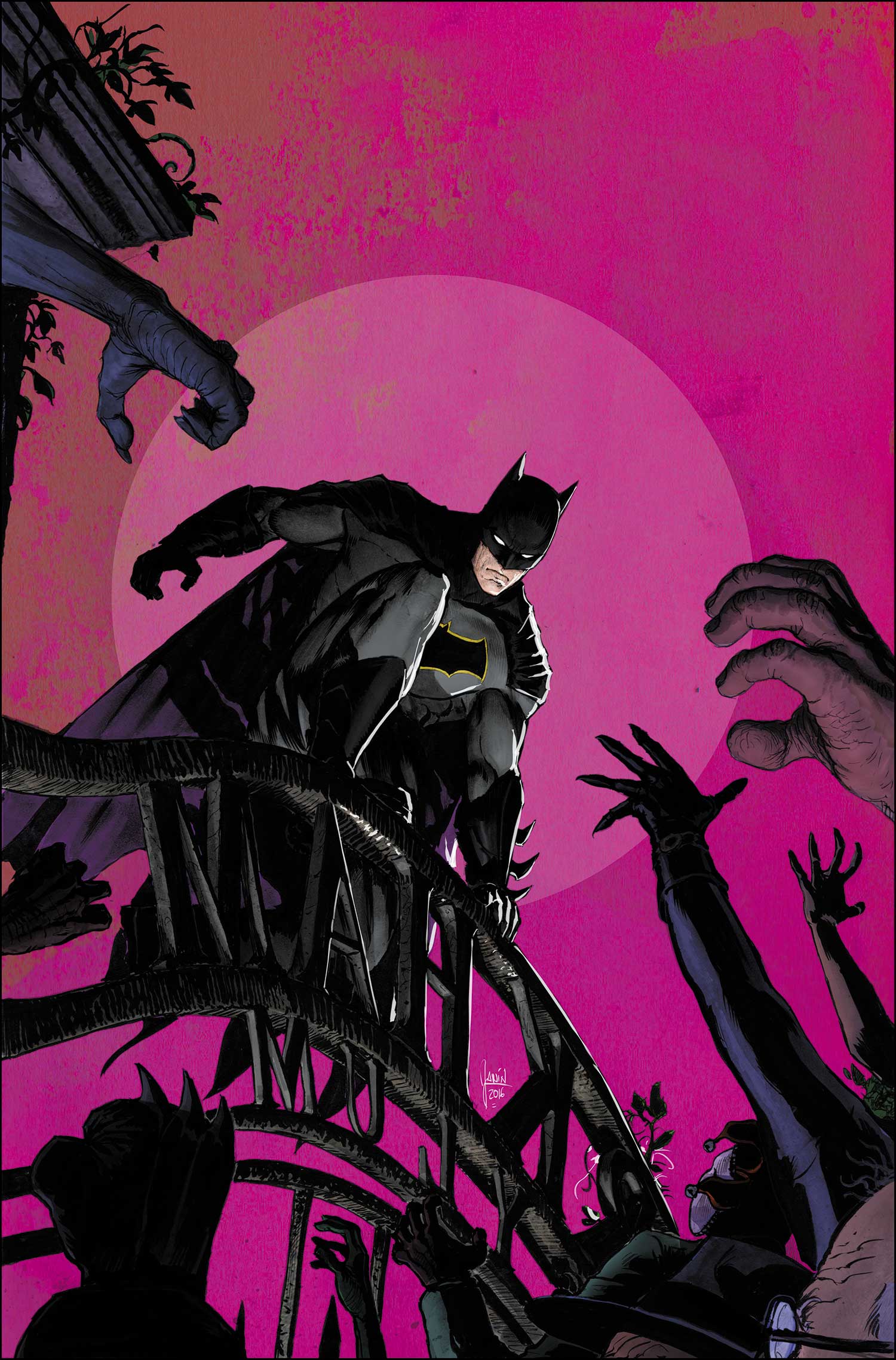 Albert Einstein once said, “Glix sptzl glaah,” then he turned one and developed his first working model of the Theory of Relativity; “that lady who feeds me is Mama.” Einstein also reportedly said, “Insanity is doing the same thing over and over again and expecting different results.” By this definition, I am insane, because I keep reading Batman comics and expecting the writers to know the difference between criminal activity and criminal insanity.

In Batman vol. 3, # 9, Batman agreed to do a mission for Amanda Waller and formed his own version of the Suicide Squad. So he went to Arkham Asylum, which, based on the ratio of escapes to days of the week, must have biggest Open Door Policy since John Hay. (Go ahead, look it up. I know, “Homework, bleech!) and recruited his recruits. Said recruits were a veritable who’s who of Gotham City’s finest worst.

Arnold Weskler, the Ventriloquist, found guilty of “Eight counts of murder” and sentenced to “life without parole.” Ben Turner, the Bronze Tiger, “Two counts manslaughter. Twenty years without parole.” Jewelee, “Four counts of murder. Life without parole.” Punch, Jewelee’s partner in crime and lover, who wasn’t actually in Arkham but broke into Arkham to try and free Jewelee while Batman was there; which is pretty crazy so maybe he was right where he should have been. Finally, Selina Kyle, Catwoman, “two hundred and thirty-seven counts of murder. Death by lethal injection.” These were the people Batman recruited out of Arkham Asylum. And I had to ask myself, “Why?”

Not “why did Batman recruit them?” Why were most of them in Arkham Asylum?

Arkham Asylum is an asylum. Even if we didn’t know that already from its name, Batman was right in the story. It is not a prison. There is a difference.

If they were convicted – and they were it said so right in the story and I’m taking the story’s words at their word – what were these convicted criminals doing in Arkham?

There is a way that convicted criminals who were sentenced to prison can be sent to an asylum. When people develop a mental illness that impairs their cognitive ability to such an extent that they cannot make decisions for themselves or they present a danger to themselves or to others, a judge can civilly commit them and order they be sent to a mental health facility for treatment.

If a convict in prison develops a mental illness, a judge can the inmate be civilly committed to a mental health facility. Then, when the inmate no longer meets the criteria for civil commitment, the inmate is returned to prison to serve out the remainder of the sentences. The question remains, was there a viable reason for any of Batman’s team to have been transferred to Arkham?

Arnold Weskler had multiple personalty disorder. He thought he was two people; himself and his ventriloquist dummy, Scarface. Only the story said Weskler had “forsesworn his ‘little friend’ and had become an ideal inmate. Sounds like Weskler’s treatment had brought his MPD under control. If that were the case, then as long as he continued to take his medications, he would not meet the criteria for civil commitment. He would have been returned to Blackgate Penitentiary, where the prison hospital would have made sure he continued to take his medication. So Weskler shouldn’t have been in Arkham any longer, but maybe the doctors were keeping him there just to be sure. After all, we wouldn’t want a multiple murderer in prison, now would we?

Ben Turner was diagnosed with delusions of grandeur. He believed he was a former member of the League of Assassins and an agent of various intelligence agencies. A claim these agencies deny. The story didn’t really give us enough information about his mental condition for us to make a definitive assessment of whether he should be in Arkham. In his one conversation in the story he didn’t see irrational, but, as I said, I have insufficient information. So I’ll give Arkham the benefit of the doubt and say he was committed and deserved to be there.

Jewelee’s lover/partner Punch disappeared two years earlier, since then she had been in a catatonic state. She sat on her bed without moving. As such, she wasn’t really a danger to either herself or to others and could have been treated in the hospital in Blackgate prison just as easily as she could have been treated in Arkham. She would not have been committed to Arkham. However, if a court or the prison authorities determined that the hospital at Arkham was better equipped to treat her catatonia that the hospital at Blackgate, she might have transferred to Arkham for that reason.

Selina Kyle, not even going to go there. Why not? Because Selina clearly wasn’t mentally ill. She knew it, Batman knew it, even we knew it. Everything about her presence in Arkham Asylum – from her being in a cell to her wearing a straightjacket and a full-face version of a Hannibal Lecter mask – was nothing more than a plot device used to set up a surprise ending. Oh, and because I’ve reached the end of my column.