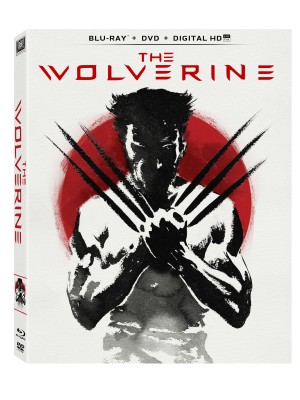 Despite being one of Marvel’s most insanely popular characters, Wolverine has struggled a bit on the big screen. Sure, Hugh Jackman defied expectations when he first signed on to play the Canadian mutant. After, in the comics, the guy is short and stocky whereas Jackman is over six feet tall. He fit the ensemble in the X-Men trilogy of films quite nicely, playing off James Marsden’s Cyclops as both vied for Jean Grey’s love only to both watch her die in X-Men: Last Stand.

If there was any character ready for a spinoff film, it was Wolverine but X-Men Origins; Wolverine was a bit of a messy disappointment, overstuffed with other mutants and telling his poignant backstory. Still, the character was tantalizing for 20th Century Fox so they went back to the drawing board – and the comics – for inspiration offering up this summer’s The Wolverine, figuring if the article helped define Batman as darker and more serious, it could only enhance the hero’s second outing.

Director James Mangold, who demonstrated he could do character and action in Knight & Day, worked with screenwriters Mark Bomback and Scott Frank to strip mine the first Wolverine miniseries, the best of the lot, you know, the one from Chris Claremont and Frank Miller.  While they pat themselves on the back for honoring the spirit of the mini, they also left out its darker tones and themes of obligation. About the only things in common is Japan for the setting and the kick-ass women, Mariko and Yukio. Beyond that, give me the miniseries over the overblown film. 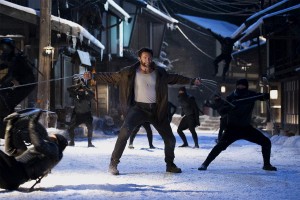 I’m told the movie makes more sense in the unrated extended version now available on some DVDs. 20th Century Home Entertainment sent the standard combo pack, containing the Blu-ray, DVD, and Ultraviolet digital copy. As a bonus you can also download a Marvel Infinite Comic, an original digital story although I could never read it as it failed to properly load on both my laptop and iPad.

Since Jean’s death, Logan has isolated himself from humanity and mutantkind alike, speaking only to her phantom image, well handled by Famke Jameson. He’s lured back to the society by Yukio (Rila Fukushima), on behalf of Yashida (Ken Yamamura/Haruhiko Yamanouchi), whose life Logan saved during the bombing of Nagasaki decades earlier. He has since built up the most successful technology company this side of Stark Industries and is now dying. He offers Logan a chance to have his mutant healing ability taken away, letting him live out a normal lifespan. Although he refuses the offer, Logan is on hand long enough to see all the political and familial machinations going on, coiled tight to be unloaded the moment the man dies. 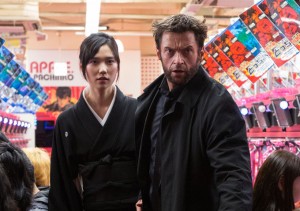 During the funeral, Mariko (Tao Okomoto) is attacked and Logan rushes to her aid as does her lifelong friend Harada (Will Yun Lee). At some point, though, Wolverine comes to realize his healing factor has been compromised and he’s suddenly injured and not getting any better.

While Logan and Mariko are on the run, they fall in love and Logan regains some of his humanity once again. Still, things can never remain idyllic so she’s taken, leading us to several set pieces that skip all attempts at ingenuity and characterization in favor of boring action with a climax taken from the first Iron Man. And while the script starts with the miniseries as a source, it borrows throughout the comics so we get Viper (Svetlana Khodchenkova) with littler explanation of who she is and what she really wants and the revelation that the claws are actually bone protrusions, something that may be addressed in next summer’s X-Men: Days of Future Past. The end credits segue from this story to the next film, a gimmick that every studio with Marvel characters now seems obligated to include. 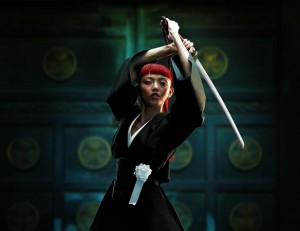 While pretty to look at, the movie speeds along and never really lets any of the characters move beyond their logline definitions so all seem flat. The actresses do nice work with the little they’re given while the guys all feel way too thin.

Jackman’s Wolverine is nuanced. A tortured soul who watches everyone he loves die (except for Mariko – for now at least) as he ages past other friendships. The Logan in the miniseries tamed his soul through Japanese culture but that angle is sadly missing from here.

The Blu-ray transfer is lovely along with fine sound so watching is a pleasure and the story makes as much sense as it needs to. There are a handful of extras including “The Path of a Ronin”, a multi-part, 53:44 Making Of documentary that explores many facets of the character and the film’s production. You also get a brief alternate ending (1:34) where we see him presented with the yellow and blue costume. Finally, Bryan Singer turns up for a set tour (2:47) for the next installment. There’s also a Second Screen App for those who want additional content.