While comic books will always hold an important spot in my pop-culture heart… I admit freely that cartoons hold higher rank. Long before I was inundated to the secret society of pulp and paper, animation dictated my fandom. Voltron, He-Man, and The Real Ghostbusters held sway over my early childhood something fierce. Teenage Mutant Ninja Turtles followed shortly thereafter. And on the precipice of my eleventh birthday, X-Men arrived.

Unlike the aforementioned Turtles, Ghostbusters, or legendary paladins of mighty lions, the ­X-Men came served with a heaping helping of unknown (to me) backstory. And while all those previous toons had their moments of melodrama… X-Men was a dramatic cartoon show that merely carried lighter moments to offset the continual load of cell-shaded gravitas. It ushered in a new era of what animated kids shows could be – considering that this isn’t being compared to The Simpsons, as that’s an apples-to-oranges if ever there were.

No, X-Men represented action-adventure stories that were built to decidedly not talk down to their intended audience. To deal with prejudice, hatred, and violence (but not outright gore or sex) and not shy away from inter-character conflict. And it did so in media res, assembling a team of heroes, and dropping them immediately into confrontations with the Brotherhood of Evil Mutants, Senator Kelly and his army of Sentinels, Mr. Sinister, and more villains cribbed from the pages of X-lore. That this was done without a single wink or nod to we kids – to let us know that yes this was a cartoon, and we should just be having fun – is what communicated to me (and many of my compatriots at school) a way for us to come of age by way of a cartoon. No winks. No nods. Just adamantium claws, force blasts, and conflict.

Truth be told… Batman: The Animated Series had debuted not long prior to X-Men, and much of my praise above could very easily be copied and pasted. But Batman was given a five-day-a-week run, versus the X-toon’s Saturday morning slot. In terms of playground pastiche, one must always regard that needing to wait a week for another installment brings with it a certain prestige. Batman was always awaiting us when we got home from school. Professor X and his band of mighty mutants were appointment TV for burgeoning Generation X (or whatever the hell my generation is technically classified as).

Clout aside, X-Men dealt its series in more of a serial nature. Batman was long built in two-part acts or one-offs. Because of this X-Men more often felt meatier; taking classic stories from the pages of the comics and adapting them to 22 minute installments was a feat I would later be in awe of. Consider perhaps the apex of the show – the Phoenix Saga.  Here, ten months worth of story were tightly adapted into five episodes, an otherwise unheard of berth of shows for a kid to mull through. And while X-Men’s sister series Spider-Man was also heavily serialized (my friends and I would often joke about “the Neogenic Nightmare, part 314”), show-runner Eric Lewald and his team found the right balance between long arcs and one-offs. Case-in-point, the lone episode dedicated to Colossus would be the spark that spawned my actual first comic book purchase. Natch.

(I was gifted an opportunity to sit down with the aforementioned Mr. Lewald and his lovely wife (slash writer) Julia to kibitz over the series itself, as well as their forthcoming coffee-table-worthy tome titled Previously on X-Men. Keep your eyes peeled later this coming week for that conversation.)

X-Men represented to me a high point of story, animation, and gravitas. It was a bridge to a world not yet explored, and it was the perfect tool for a kid who previously giggled over Spider-Man and His Amazing Friends seeking the true potency of Marvel’s back catalog. X-Men begat The Sensational Spider-Man, and Avengers: Earth’s Mightiest Heroes – both amazing  Marvel ‘toons worthy of praise alongside the best of the DC offerings (all of the Timm-verse, Young Justice, etc.). Suffice it to say: without Lewald and his team’s contributions? We may not have the age of comics we’re presently living through. Stay tuned kiddos. Leave me your favorite X-men moment below, and we’ll see ya’ll back here next week for the multi-part interview! (Seriously, it’s like The Phoenix Saga of interviews!) 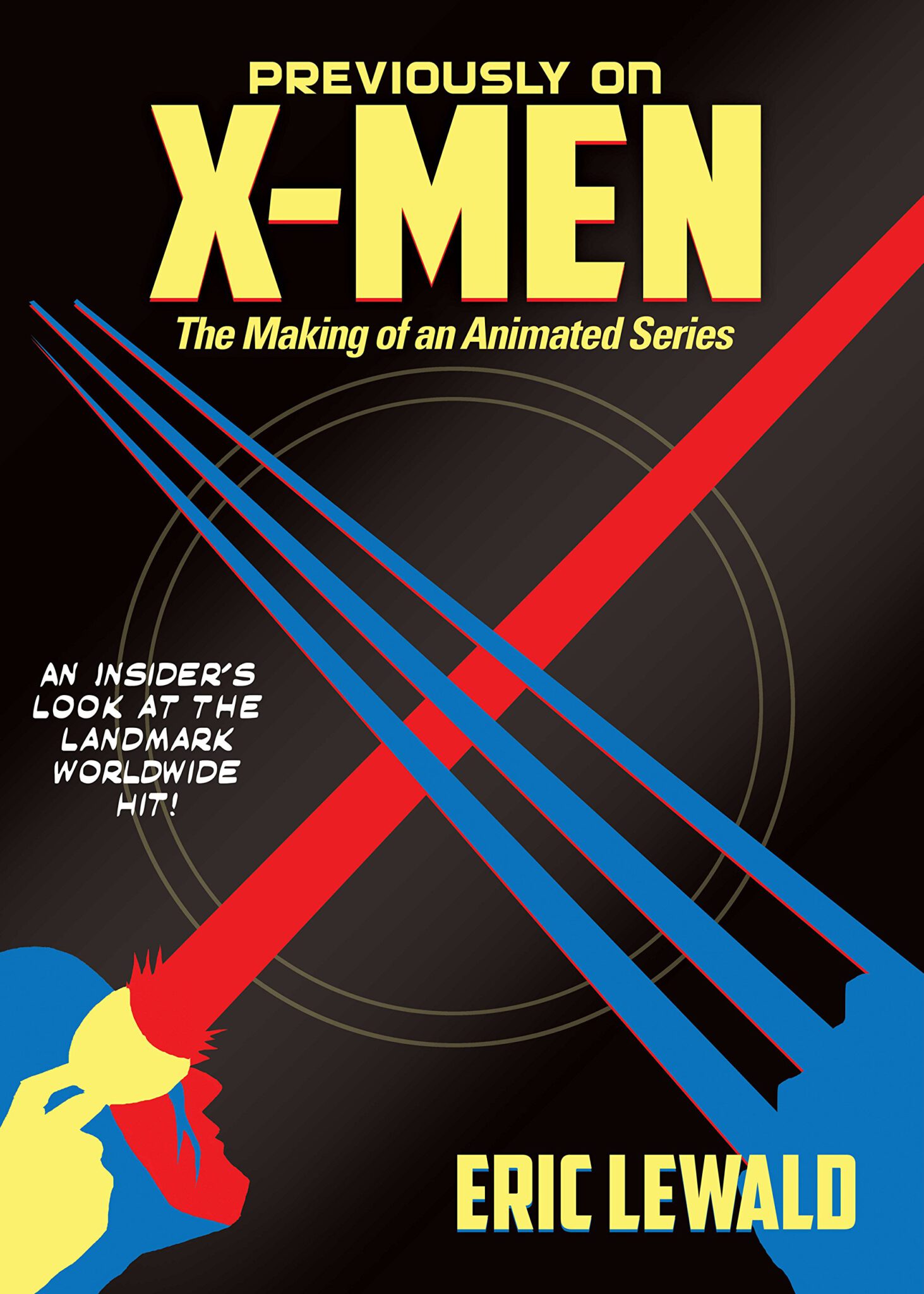