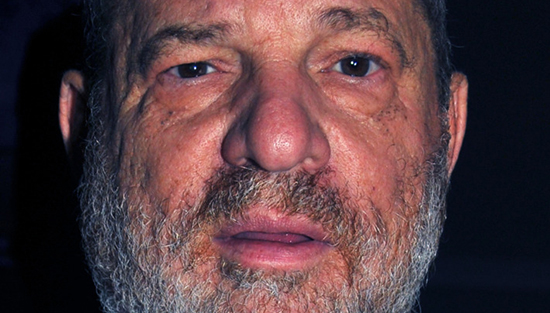 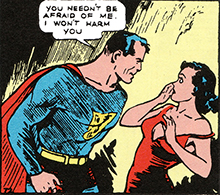 Although I have worked at an event he attended, I’ve never been sexually harassed by Harvey Weinstein.

There are several possible reasons for this:

The Weinstein story has quickly morphed from the story of one man’s fall from power and into a more nuanced conversation about politics and the media. And by “nuanced,” I mean angry hurled accusations back and forth.

In a nutshell, the argument posits that Weinstein isn’t suffering as much for his crimes as Roger Ailes or Bill O’Reilly because he gave money to Hillary and Roger and Bill are conservatives.

Apparently, there was ample evidence to suggest that a lot of people knew about Weinstein’s disgusting behavior. The conspiracy theorists insist that word didn’t get out because his liberal friends were covering for him.

It’s not that simple. Really.

For one thing, there are a lot of assumptions in this perspective that don’t stand up to the light of day. One is that all of Hollywood (and journalism) are Democrats, and all Democrats are progressives. This is simply not true. There might be a lot of progressive actors, writers, and directors, but the money people — the ones who can get a movie or series produced and distributed — are like money people everywhere, and most likely to be at least fiscally conservative.

Another erroneous assumption is that to be a Democrat and/or a progressive, one toes the line on all progressive issues equally. Someone who supports environmental issues is also a feminist who wants to end economic inequality and have trans teachers in fully-funded public schools. Progressives, like conservatives, are more complicated than that.

A third erroneous assumption is that Weinstein got away with something for a long time. There were rumors, and there were reporters who investigated the rumors for years but couldn’t get anyone to speak on the record. Once they did (last Thursday), it took less than 100 hours for Harvey Weinstein to be fired from the company he co-founded, by a Board of Directors that included his own brother. That happened much more quickly than the dismissals of O’Reilly or Ailes.

Like almost every other business, Hollywood respects and honors success, not a virtue. And like any institution that involves humans, it is imperfect in its attempts to do the right thing.

So. What does this have to do with comics? 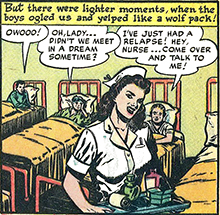 For one thing, we have similar stories about men in positions of power and the way they treat women who seek employment. In almost all cases, these rumors are just that — rumors. Our industry is small enough that it’s mathematically difficult to collect a large number of accusations against one person. And women are still new enough as freelancers that we don’t always talk to each other the way we should.

Speaking for myself, I’ve heard stories about men in comics who demand sexual favors for jobs, men who have physically abusive relationships with a partner, and men who are pedophiles. In all of these cases, my first reaction is shock and even disbelief. Understand that I don’t necessarily think the person stepping forward with such accusations is a liar, but the behavior is so far from my perception of the men in question. Sometimes I know that man’s children or other family members.

I’m only suffering cognitive dissonance. I don’t have to make a decision about hiring and firing.

Wouldn’t it be nice if I had a solution? I don’t, at least not one that is a quick fix. As long as we live in a climate that assumes that men are naturally the people in power and that women in business must learn how to work with men (instead of men and women learning how to work with each other), women will be at a disadvantage. As long as women are seen as sexual objects or decorations first and foremost, and as valued workers second (if at all), we will have a problem with sexual harassment in the workplace.

We need to speak out and to present ourselves as whole people. Men need to complain about the bad behavior of other men, and women need to call out other women (which we do, constantly, but that’s another rant) when we allow it to continue. We need to be professionals and set a higher standard than Hollywood.