Martha Thomases: The Next Big Thing

When I was a child, I was mesmerized by the very concept of time. How was it discovered? Why are units of time, like minutes and hours and days, all measured in multiples of 6? What was there before time? Could time ever end? If so, what would replace it? Eventually, these thoughts made me throw up, and I would have to make myself think about other stuff. 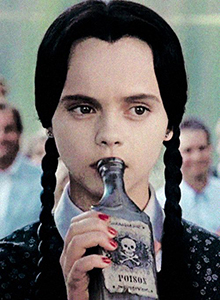 But here’s the thing: Time happens. Whether you think about it or not.

I am reminded of this when I look at the list of contributors to Mine! A Comics Collection to Benefit Planned Parenthood. In addition to talents like Neil Gaiman and Jill Thompson, there are a bunch of people whom I know personally on the list but there are also a whole lot I don’t know.

All of these people do amazing work. All of them were new to me. This is because I am old and stuck in my ways, and even when I try to keep up, time passes. 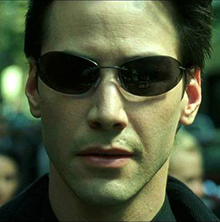 It’s not just comics. Movie actors have a tendency to age as well. To me, Keanu Reeves is a young time-traveler, not a 53-year old man. Christina Ricci is Wednesday Addams, not a grown-up with breasts. All of the people I would cast in a movie about the Teen Titans are no longer teenagers.

Don’t even start me on popular music. Rock’n’roll is barely even a thing anymore. The angry young men (and women) of my punk rock days are now old cranks if they survived. Nobody wants to be the Next Dylan.

This is all fine. The entertainment (and art!) that I loved is still available to me. It’s easier to find than ever before, even when it was new. And new generations of artists are always being born, always working to create work that is meaningful to them, and to their peers.

There are some downsides to this, and I blame capitalism. There are financial incentives to those publishers (and producers, and manufacturers) who are first to find the Next Big Thing, or at least the Flavor of the Month. They can sign new talent for less than they pay more experienced workers, and they can offer something shiny and new to the marketplace. As part of the marketplace, I enjoy more choices.

As someone of a certain age, I don’t like being passed over for someone who will work for less money.

Being of that age, I’m also really worried about having access to affordable health care. Obviously, a huge chunk of the comics community agrees with me, because so many are contributing work to Mine! They know that, without Planned Parenthood, millions of people wouldn’t be able to get tested (and treated, if necessary) for STDs. Poor women and women without insurance (which might be all of us, if the GOP has its way) wouldn’t be able to get mammograms or other kinds of cancer screenings. They wouldn’t be able to get pre-natal and post-natal care. People would not be able to plan parenthood, one of the most important decisions a person can make.

The Mine! campaign runs for one more week. There are lots of cool perks you can get, and lots of good you can do by chipping in to make this book happen. I’m looking forward to reading stories by some of my favorites and discovering good work from more people I don’t yet know.

Consider a pledge today and you could find the same kind of fun. You could get a book and have a good time.