Ed Catto: Maybe It Is About The Comics! 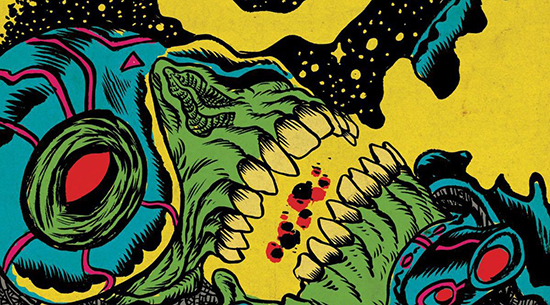 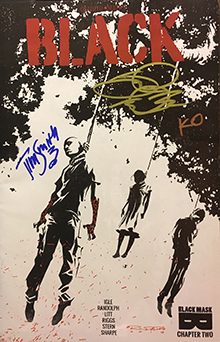 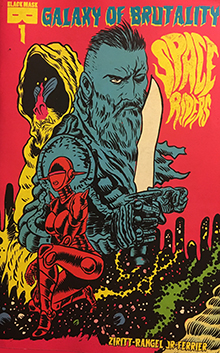 There’s a common refrain from longtime fans that San Diego Comic-Con isn’t about comics anymore. I understand that point of view, but I don’t really believe it. In fact, I’m developing a theory that San Diego Comic-Con is really about a lot of different things, but each and every one is so big and boisterous that they eclipse comics. But that doesn’t mean that comics aren’t there.

With that in mind, here are a few comic discoveries from this year’s Comic-Con:

New publisher Black Mask had a modest booth, but it was bursting with talent and creativity.

Black – Jamal Igle was a friendly face in the Black Mask Booth. He’s a tireless creator and was proud of his latest comic, Black. It’s a super hero comic that takes place in a reality where only black people have superpowers. It’s gutsy and compelling.

Galaxy of Brutality – I also purchased the first issue of Galaxy Of Brutality by Alexis Ziritt and Fabian Rangel, Jr. The art grabs you by the throat in a grindhouse way. If Mike Allred had a bad boy cousin, this is what his art would look like. It’s full of coarse language and in-your-face adventure. 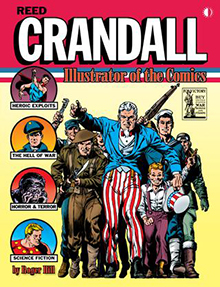 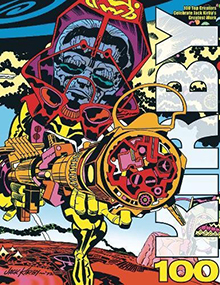 There’s Nothing There is another new series that was previewed in the back of Galaxy of Brutality #1. I’m glad I was exposed to it. This is an intriguing series that goes into the “note to self: pick-this-one-up” category.

The publisher Humanoids’ upbeat booth and knowledgeable booth workers were very focused on comics. It’s evident their staff at SDCC believe in their product and have had some sales training. And for anyone who was open to trying something new – they were ready. I ended up snagging two gorgeous graphic novels:

Miss is a film noir crime thriller. Ed Brubaker’s impassioned forward was the thing that ended up selling me. Miss is a gritty story with rough characters doing nasty things.

Olympus is a story originally created over ten years ago by American creators Geoff Johns, Kris Griminger and Butch Guice. It’s an adventure story featuring two gorgeous sisters studying abroad. And wouldn’t you know it? They stumble into a mythological adventure. 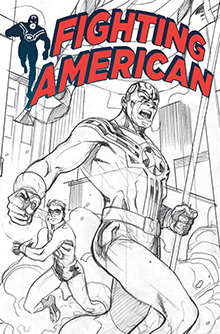 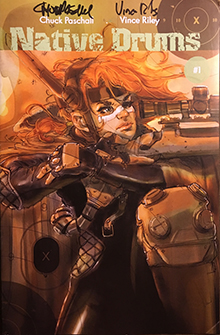 Kirby 100 is another celebration of Jack Kirby’s Centennial. One hundred top creators are interviewed and discuss their Kirby influences. It’s by John Morrow, a soft spoken Tarheel and a 2017 San Diego Comic-Con Guest of Honor and Jon B. Cooke. This book brings to life exactly how Kirby’s vast body of work influenced a diverse line-up of creators in so many different ways.

Reed Crandall: Illustrator of Comics is a look back at another one of the Golden Age’s greatest artists. He’s always been a favorite of mine. This new publication is a great way to enjoy his work again and learn a little more about the man.

Titan’s booth always has a plethora of fascinating licensed merchandise, and this year was no exception. At the heart of it, Titan Merchandising’s Andrew Sumner is a major fan who wants to create top-notch stuff for other fans. And beyond merchandise, Titan’s robust line of comics continues to grow.

Fighting American – They’re relaunching the classic Kirby & Simon character, Fighting American in a new series by Gordon Rennie and Duke Mighten. The #0 issue debuted at San Diego Comic-Con and was a lot of fun. I look forward to the ongoing series. 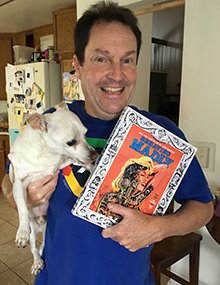 I remember reading one time about Mark Evanier’s strategy to walk through the Independent Creator’s aisle at conventions. The goal would be to discover new things. He’d plan for a set amount to spend. I’m not always disciplined enough to make this strategy part of my convention routine, but I try. This year I stuffed a few extra bucks in my shirt pocket and went on a little walkabout.

Native Drums – This is a self-published comic by Chuck Paschall and Vince Riley. These dedicated, drinking-the-Kool-Aid creators were working the aisle. They were a figurative “Exhibit A” to the truism that you need both talent to produce a comic and marketing to get it out there. Native Drums is an apocalyptic thriller with a strong female lead.

San Diego’s hometown publisher, IDW, had so much going on. Scott Dunbier’s newest Artist Editions were gorgeous and the display copies at the IDW booth gave every fan the chance to feel like they were actually handling original Kirby or Simonson artwork. After hours, Dirk Wood’s band rocked it downtown in a truly memorable party.

But comics-wise, I was really impressed with Ger Apeldoorn and Craig Yoe’s new collection, Behaving Madly, published by IDW. It’s a celebration of all the MAD second-tier knock-offs. These were the short-lived imitators that weren’t as successful as Crazy or Cracked. The book is chock-full of funny stuff from great comics artists like Severin, Ditko and that guy named Kirby.

It’s not really that insightful to write “Comics are still at San Diego Comic-Con.” But it was easy to zig and zag through the hype machines and find some outstanding comics. I’m still busy reading them all.