Mindy Newell: Of Storms And Sun

It has been only two weeks.

A dark and stormy two weeks.

The reason I wasn’t here last week was that my 91 (and a ½) year old mom has been suffering the frailties of old age, including a steadily increasing dementia secondary to a history of micro vascular cerebral bleeds and a thalamic stroke a week before my dad died. It’s a retrospective blessing, as I’m not sure she remembers that he is dead, always referring to him as being “away.” That either means that she has confused my brother, who is the spitting image of my father, with him (and at the time of that statement Glenn was in China in his capacity as physician for the Philadelphia Orchestra), or that her time sense is displaced and believes that he is still flying his beloved P-51 in the CBI Theater of Operations during WWII.

The only time she “awoke” to my father’s death was at the funeral – “Taps” had been played, the flag draping his coffin folded and handed to her – she thanked the officer, though it was clear that she didn’t really “get” what was going on – and then, just as the casket started to be moved to the graveside for internment, she wailed, a cry of the banshee that reverberates across the cemetery and which will echo in my heart for the rest of my life, sinking to her knees between the arms of my brother and myself, crying out, “No. Oh, no!… Don’t take him!” It was chilling and heartbreaking – and then she seemed to withdraw again, and for the rest of the day, she was quiet.

Anyway, on July 3rd in the late afternoon, my mom fell and broke her hip. All things considered, it was a “simple” break, and she spent Independence Day in the OR of Cooper University Medical Center in Camden – the “Coop,” as it is called, and it is one hell of a wonderful hospital. Of course I was there, and in the Recovery Room she knew I was there despite the anesthetic dream state, and I even got her to apologize to her nurse for making her come in on a holiday. So the operation was a success, as the saying goes, but…

No, she didn’t die. In fact, she was out of bed and in a chair the next morning and even walked a little bit. She was transferred back to her nursing home on Thursday evening, and… here comes the “wait”…

…became agitated and confused, climbed out of her “geri-chair,” (which looks like a Barco lounger or a Lazy-Boy), and fell on her face and head, resulting in a subarachnoid hemorrhage.

Immediately transferred back to the “Coop.”

My brother and I talked… she was in the Trauma Intensive Care Unit, but we treated her conservatively. Monitoring, yes, but nothing else. This means not even a feeding tube. It is what she wanted – both of my parents’ Advanced Directives were/are 10 pages of legalese that could be summed up in a single sentence: “Leave us alone.”

Over the next day or so, she stabilized. She knew I was there, able to give me a kiss and even took some ice cream, ice chips, and bacon from Glenn. We have now transferred her back to the nursing home, as there was/is no reason for her to be in the hospital. In fact, new orders: Do Not Admit to Hospital. She is on hospice and receiving comfort care. 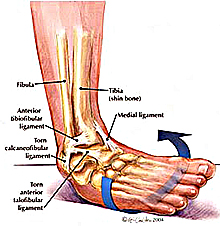 And then, on Wednesday, I was walking into work, and…well, this is what I wrote on my Facebook page:

“So the klutz (me) is walking into work on Wednesday, and she trips on the irregular sidewalk and goes down… gets up, helped by a Good Samaritan, assuring him the klutz is all right. Start to walk…okay, it hurts, but I come from the school of “walk it out,” and thinking, eh, I sprained it…

I actually went into work, changed into scrubs, got my assignment and tried to work. In my first room, the anesthesiologist noted my swelling-and-turning-colors ankle. I told him what happened; he said I’d better put some ice on it. I went into the post-anesthesia care unit and got ice. When I told the other nurses what happened, they said that since it happened on hospital grounds I’d better report it. I soon found myself in a wheelchair on the way to the ER and X-rays.

And that’s how I found out I fucking broke my ankle!!!!

All things considered, I was very lucky. Read that as: it could’ve been worse. For those of a medical nature or with anatomical interest, it’s an avulsion fracture of the distal tip of the left fibula. Which means that when my ankle twisted, the ligaments and tendons stretched and pulled the some of the bone off. As I said to my friend, Dr. Glenn Atlas, “strong ligaments and tendons.”

Like my brother and me deciding to treat my mom conservatively, my wonderful orthopedic surgeon said he could treat the fracture the same way. I was in a splint for two days, and now can use a walking boot, though I’m not running a marathon, or even a 5K, or even a mile, for that matter. Mostly I’m staying off of it as much as possible. 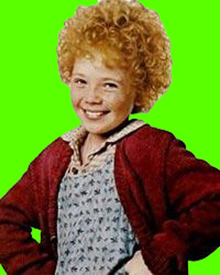 Oh, and I’m also out of work for at least six weeks.

Which means – and bringing this back to comics – I have plenty of time to write.

So, I’m working on a story for a major project that ComicMix has put together that we’ll be announcing in a bit over a week. And I’m also putting together a proposal for a graphic novel. It’s been a long time between comics work for me – gotta say I’m filled with a little bit of trepidation, but also feeling the blood of creation bubbling and roiling in my veins and my head is full of sequential panels and dialogue.

This has been some dark and stormy two weeks.

The sun will come out.