Dennis O’Neil: Beauty and the Books 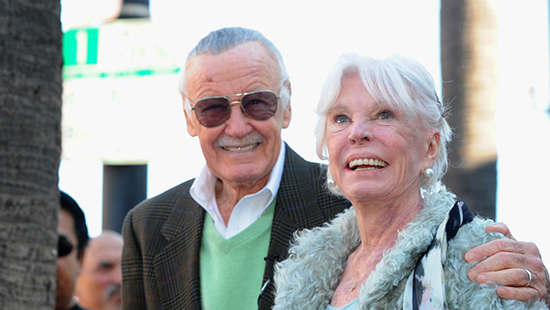 The lovely Joan Lee, Stan’s wife for over 60 years, died recently and this morning Marifran learned that Leroy A. Martin, with whom we used to double date in teen years, has not been with us for a while now. Teen years and innocent years fraught with nostalgia and maybe apt to prompt somber thought. 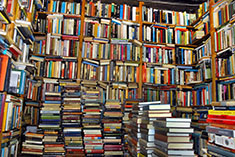 Yep, the world sure has changed, since I met Joan in the 1960s and since Lee Martin and I drove through Forest Park on the way to… somewhere. The changes weren’t predictable, not by us, and the science fiction crowd didn’t do so well either.

Which brings us, believe it or not, to graphic novels. Back when Lee and I were cadets at a military high school – hard to believe, I know – and later undergrads at a Jesuit university, novelists were kings of the literati. Many of them wrote for readers and not classrooms, and did that job well enough for their work to qualify as literature. Sometimes their stuff hit the bestseller lists and made pretty serious money and, yes, by some criteria, a few of them were celebrities. All that adds up to Success, at least by the standards of the times. Money + Fame = Success. Add literary respectability and, well…all Hail!

As to what this inky royalty produced, these whatchamacallems… oh yeah, books – hey, bub, this isn’t your American Lit 101 class (and never will be) and so I won’t attempt to define our subject. Novels. They come in many sizes and shapes and formats and tell stories sometimes seasoned with history and philosophy and autobiography and even religion… let’s end the catalog here, okay? You get the idea. Big book. Lots of words. Amen.

Some of the heavy lifting traditionally done by novels has been assumed by other, newer media. The specialty channels widely available on television – Netflix, Amazon and the like – can deliver intricate stories that require ten or more hours of playing time and deliver them unriddled with commercials. These may have the same amount of content as novels delivered using a different system.

But let’s not lament the loss of our beloved print formats just yet. Novels are still being read, but if – due to time warp? – our teenage selves saw them we might not recognize them as novels. Because some of them, the ones with lots of pictures, are sold as “graphic” novels” and that’s pretty much what they are: stories with more complexity than what’s found in the average comic book, but narrated using comic book techniques. Even the august New York Times, a validator of respectability, is serializing an autobiographical graphic novel in Sunday editions. (For some reason, the form seems particularly suited to autobiography.)

All this is further evidence that we live in a bitter and divided nation, culturally we’re blessed. Lots to enjoy and some of it really didn’t exist when…oh, say, Marifran and Dennis took in the Friday night flicks.