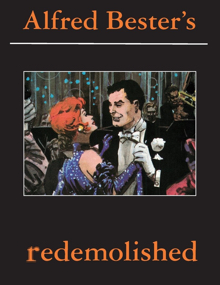 If you’re a comic book editor, you’d better hope you have, though, if you did, you probably called them, these squinkas, something else. Scripts, maybe.

I was introduced to the word, squinka, by a gentleman who certainly was an editor, one of the two or three best I ever worked for in a career of something like 50 years (which just goes to show you what can be achieved if you manage to breathe regularly and often. Ooops! I just let it slip – the secret of success in the writing dodge. If the writer refuses to breathe, the rest of it is irrelevant.)

Before beginning his long and illustrious stint behind a desk at DC Comics, young Mr. Schwartz was a literary agent whose specialty was peddling science fiction stories to the pulps – fiction magazines that were garish and cheap and widely available. Even after Mr. Schwartz migrated to DC, he maintained an interest in science fiction, which was occasionally manifest in the kind of comics he produced, the kinds of stories he liked to tell, and the questions he asked, often about the folk he knew from his agenting days, when imaginative tales were tainted with disreputability. They were, you know, trash.

That calumny didn’t seem to bother SF partisans much. Writers continued writing, editors continued editing, artists continued picture-making and gradually, the taint faded and then, somehow, the aficianados began to number in the millions and the production costs of the film versions of this trash climbed into the eight-figure neighborhood.

Rewind back to comics’ youth, when the medium was week-by-week and month-by-month inventing itself and creators might not have their tool kits in order. To be specific: they might not have had industry-wide formats or even names for everything they produced. 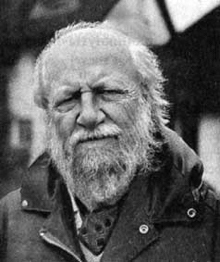 Motion pictures had been telling stories for some 35 years and had developed a vocabulary – necessary to facilitate communication, if for no other reason. But these here funny books? They were the new kids on the block. Their ancestors were arguably the aforementioned movies, newspaper comic strips and those naughty pulps, all of which shared certain similarities with the comic books. But they weren’t the same, not by a stretch.

So, I’m guessing, somebody saw a hole and decided to fill it. Neologisms anyone?

But the new word wasn’t very healthy. It didn’t last long. I never heard anyone, in or out of comics, use it. By the time Roy Thomas brought me into the comics herd, it had come and gone. I wouldn’t know that “squinka” had ever existed if I hadn’t stumbled across it in a collection of stories, articles and essays by Alfred Bester titled redemolished. Bester was, among other things, the recipient of the first Hugo, an award given to the creator of outstanding works of sf and, believe it or not, one of Mr. Schwartz’s clients. And a comic book writer; Green Lantern comes to mind.

I don’t know if Mr. Bester ever said “squinka” in his dealings with comics editors. Now days, nodding to his television colleagues, he might just say “script” and run for the subway.