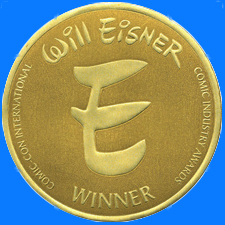 Imagine that you find yourself far away from home. You’re in a room with six other people, five of whom are strangers to you. Also in the room are enormous piles of books and magazines.

All of them comics.

You have three and a half days to read all the books and magazines and establish some kind of hierarchy to evaluate them and the people who made them.

Sounds pretty sweet, doesn’t it? But, just like sweets, a diet of just these things, force-fed over 80 hours, gets kind of nauseating.

This is what it was like to be an Eisner judge. It was exhausting. My head hurts from wearing my glasses so long, and from my eyes focusing on so many different styles of lettering. My back hurts from sitting in chairs. My stomach rebels at the truly awesome amounts of junk food I consumed. 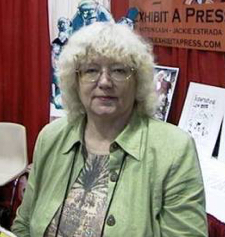 Being an Eisner judge trapped in that room was also pretty amazing. I’d done as much reading as I could in advance, but I was delighted to find more things I didn’t know about that were fabulous. Best of all, I found some books I would have dismissed as not my type that turned out to be gorgeous. I love it when my expectations are confounded.

It was delightful to meet the other judges. Dawn, the two Robs, Jamie and Alan each had much different tastes than I did (and from each other), but that made our deliberations much more interesting. We were a librarian, a critic, a retailer, an academic and me, the marketing person, so we all looked at comics differently. It also meant that when I recommended something that someone else really liked, I had a sense of triumph something like making a successful soufflé.

In the first day and a half, we eliminated all the books that we felt were average or worse. A lot of things I kind of liked were included here, perhaps because my appreciation of minor idiosyncrasies far exceeds that of the marketplace.

The much harder part was getting that list down to five (sometimes four, sometimes six) nominees in each category. We used a rating system of one through five, five being the highest, and weren’t allowed to give more than five fives in any category. For me, this caused a lot of heartache, because often there were seven or more books I thought deserved fives.

This is where Jackie Estrada really shone. I’ve known Jackie more than 25 years. We were part of the founding team of Friends of Lulu. She’s married to Batton Lash, one of my favorite people. Still, I was profoundly impressed by how well she runs the Eisners. She kept us on a schedule. She encouraged our laughter and banter while also keeping us reading.  She fed us very well. Hardest of all, she made it look like doing all those things was easy.

We promised to keep the nominations confidential until the nominees could be contacted, so I can’t talk about that. I can say that none of us got all of our first choices, but all of us got some of them. There were a few (very few) books on which we all agreed. I think you’ll be able to figure those out when the lists are announced. If there is any news you can use in this column, it’s that you run out and read those titles.

It’s been a day and a half since I left the Eisner judging room. I’ve taken a few long walks. I’ve started to eat vegetables again. Soon, I hope, I will be able to read another comic book.