Michael Davis: I Got Your Diversity Right Here 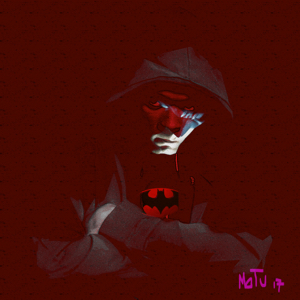 “What we heard was that people didn’t want any more diversity. They didn’t want female characters out there. That’s what we heard, whether we believe that or not.” Marvel VP of Sales David Gabriel, Marvel Retailer Summit, March 2017

“Let’s find a place they say, somewhere far away, With no blacks, no Jews and no gays” The Machine, Lyrics from There But For The Grace Of God, Go I, Dec 1979

“Now the big publishing guns are on this diversity thing, but for how long? Think it’s going to last? It won’t. It won’t because it’s a trend, a ploy. It’s a stunt. This, my friend, is nothing but business.” Michael Davis, Bleeding Cool, Feb 2015

Just as I predicted the fate of comic’s only true diversity architect, Milestone Media, I said the current diversity bug would go away. I did not think it would be with such a loud send-off. David Gabriel, who I have never met but people tell me is a good guy, tried to walk back his comments.

You can try, but after hearing “yes, i killed that bitch and i’m glad she’s dead” no matter how many times the judge says to disregard that statement the odds anyone does are slim to none.  The only thing that stops a scandal is a bigger scandal.

It would not surprise me if David Gabriel sent the CEO of United Airlines the following letter:

Don’t for a moment think this was not on its way to becoming a bigger national story. Marvel is a global entertainment power, and the story had plenty of legs.

In walked or more appropriately dragged United Airlines and Marvel is off the hook.

I say that not because I’d like Mr. Gabriel (who simply told the truth) to be put under anymore duress but because a national debate would have served comics well.

Oh well the best-laid plans, year right. For the record, I’m convinced Axel Alonzo is committed to diversity, as are others at Marvel. Alas, diversity comes at a cost and right now that like the rent seems too damn high.

The following first appeared in Bleeding Cool over two years ago. I think it still rings true.

In 2001 I sent Karen Berger, at the time editor-in-chief at DC’s Vertigo, a proposal for a graphic novel called Miracle Town. The story was about a black super-powered being showing up in Mississippi in 1932, or to put it another way; it was Strange Fruit almost 15 years ago. Along with the pitch were eight pages of detailed pen and inked art. Karen passed, saying it was “all right, nothing special.”

Now the big publishing guns are on this diversity thing, but for how long? Think it’s going to last? It won’t. It won’t because it’s a trend, a ploy. It’s a stunt. This, my friend, is nothing but business.

Superman will stay black just about as long as he remained dead.

Last year Mike Gold took a project of mine to an established and well-known publisher. Keith Giffen called this project one of the greatest ideas he’d ever heard. Now called Black Reign, it started life almost 20 years ago as The Underground at DC Comics. In asked Dwayne McDuffie to write it he changed the title to Glory Scroll. That lasted for a bit, but DC gave us the runaround, so I took it to Dark Horse, where it became The Underground again.

Mike Richardson’s involvement and keen insight challenged me to rethink the story. I did, and it became an entirely new story. That story with that title is still at Dark Horse, no longer a superhero story. When I pitched it to Marvel, it was called Black Power.

I sent “Black Power” to Marvel and never heard back. That’s not a slight, Axel is up to his ass in projects, and I’m simply not one to hound people. I’m never in any hurry with a pitch although I pitch so seldom. Because I spend lots of time coming up with concepts while servicing my existing projects. I let things take the time they take. If greenlit today, I couldn’t get to it for at least a year or more.

As you can see this project has been around and has had a home at three major publishers, DC, Dark Horse and my imprint Level Next. Level Next is a co-venture with Karen Hunter and Simon & Schuster. I later decided the first project from Level Next shouldn’t be a graphic novel but a mainstream novel.

So, enter Mike Gold. Mike and I happen to talk the day I made the decision to save Black Reign for a later Level Next release. Mike pitched the original superhero story, and for a second the project was called The Movement.

After Mike Gold had pitched it for a moment, it was to be the Milestone 2.0 Foundation universe. That’s no longer happening — if it is, Lucy got some ‘splaining to do. What, pray tell, happened when Gold pitched this “incredible” (Giffen’s words, not mine) idea, rife with Black superheroes’ and filled with diversity?

He was told “Hollywood will never buy this. Too many black superheroes.” The only reason I’m not outing the publisher is the risk some people will find what he said, racist. He wasn’t racist; he was just saying what everyone is thinking.

Which is bullshit. Two words: Hancock, Blade, Spawn. Yeah, that’s three words but I went to public school, and math is not my thing.

“Too many black superheroes.”

In 2015, there’s a debate raging whether Mark and J.G. Jones should even be doing this kind of story. Some say no because white guys can’t tell a Black superhero comic book story. What do I think? Of course, they should — Mark’s a fantastic writer and Mr. Jones is a badass artist.

Yes, a black writer adds the certain legitimacy to black fiction. That’s not to say white writers can’t write a good black story; of course, they can. The example I hear most often about white guys in working in black areas is Eminem.

Eminem is one of the greatest rappers ever. To some, he is the greatest. To dismiss him because white is injudicious at best, stupid as shit at worse. To deny Mark because he’s white is just as silly. Few writers are on his level in comics, and that’s just the truth.

On, the other hand, Eminem doesn’t rap about being bnlack.

Regardless of your feeling towards who should write what, the debate shouldn’t be whether Mark or any other writer can tell that story.

No, the debate should be “why is diversity not a topic until the white boys say it is?”

Google any combination featuring the keywords black and superhero — with very few exceptions, the vast (as in massive) majority were created by white creators. When there were no authors of color, I will be the first to tell just how good it felt to see The Black Panther, Luke Cage, and The Falcon. Shit, as a kid all I cared about was seeing black characters in my favorite comics.

Then the battle was just to see people of color in comics, as characters and creators.

Now, African Americans as well as Latino, Asian and other ethnic groups are represented in both. The representation is small, but it’s there.

What’s not there is the acceptance of these characters and creators as A-listers. When DC or Marvel creates a black superhero, it’s embracing diversity, so when David Walker writes for DC’s Cyborg, that’s real diversity because David Walker is a hotshot, talented black writer.

David is among many writers and artists of color who have been bringing diversity to comics for many, many years. He was a talented writer well before he was writing for DC. He was also black before working at DC, in case anyone asks.

DC and Marvel will exploit diversity as the current fashion until such time it decides not to. Then, back in the closet, it will go to make way for next season’s hot designer and trendy look.

Nothing wrong with that.

It’s my hope this current wave becomes so huge that Marvel and DC stay in it. Failing that, when they get out to remember Marvel and DC don’t suddenly bring diversity to comics, this I know.

I also know diversity in comics was here before this and will be here after they leave. All you must do is Google, independent black comic books, and you can do that right now.

Comics are a business, and right now diversity is good for business. Conversely, for creators of color, diversity is not the current fashion or latest look. As much as the media would have you believe it, Marvel and DC are not the end all and be all when it comes to diversity.

How can they be? They’re not diverse enough.

Next Week: Milestone Is Dead