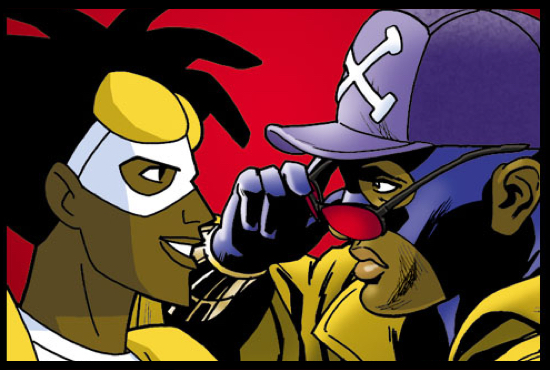 Today we celebrate the birthdays of two great Americans.

I realize for many celebrating on a day called President’s Day is now just a day to be off work.

The current President of the United States is all the reason some need to never celebrate on President’s day again. How can some support the racist comments and actions coming from the now leader of the free world?

No idea, but many seem embolden by these activities – including the hotel I’d thought was making a change for the better.

I try to look at what’s right and work to make what isn’t so.

A bit over a year ago I was thrown out of a Hilton in Orange County California for what can only be a racist reason. I gave them the benefit of the doubt they would do the right thing and they did for a bit.

Then they stopped but before they did for my pain and suffering I got a tin of cookies, but that’s another story and I’m telling it very soon but not today.

Today I am going to celebrate the birthdays of two great Americans.

The first of the two great Americans I speak of is Dwayne Glenn McDuffie born Feb. 20, 1962.

Dwayne lived his life looking for solutions to problems such as what befell me and no doubt others at that Hilton. He was good a writer as anyone and better than most.

He was also a good friend and partner. I’m thinking of Dwayne today… but others as well.

The look of sadness on this man’s face when in 2011 I invited him to sit on the Black Panel at San Diego celebrating the incredible life of an amazing man his best friend Dwayne still brings tears to my eyes.

When I saw that big and bad ass SUV in the Target parking lot, I had to do a double-take. I couldn’t believe that was Dwayne getting out of the driver’s side. When he first arrived in L.A, for months, I chauffeured that huge mofo around in my two-seater sports car.

Not only did he not have a car in a city you must have a car in he couldn’t drive so I was very surprised he was, but when I saw him open the passenger side door, I was even more surprised.

Stepping down from that monster truck bringing the biggest smile I’d ever seen on the big guy was his new bride.

That’s why I’m thinking about his widow Charlotte Fullerton today.

Because I know they are hurting badly now and will be tomorrow the anniversary of Dwayne’s death I bear no ill will on this day.

That’s why I’m thinking about Derek Dingle and Reggie Hudlin.

What he wrote in Entertainment Weekly was a tribute as great as I’ve ever seen.

Then there’s the man who started it all.

I think how we spent the day of Dwayne’s funeral not bitter but better because we talked about just how Dwayne was more Milestone than all of us. The better wore thin when the pain returned. A pain he tries to hide but can’t, not from me.

The other great American I celebrate today born Feb. 20, 1939, my mother, Jean Davis. Static’s mom, Jean Hawkins, was modeled after my fantastic mother.

With all due respect to the character, I created the comic book and the TV show. Jean has nothing on my mom.

I was eight-years old; it was Christmas Eve, and we were leaving Getz Department store on Jamaica Ave. in Queens New York. This little white girl darts out of the building making a beeline towards the street.

My mother grabbed her coat by the neck right before the bus that would have surely hit and killed her sped by us. The little girl fell on the snow-covered sidewalk and started crying.

My mother was rewarded with a punch to the back of her head. The father hit her and was about to kick her when someone screamed “She stopped her from getting run over by a bus!”

With that, he helped my mother up apologizing over and over.

He bent down took his time fixing his kid’s coat while my mother lay there in the dirty snow while people walked past and over her afraid to stand up.

Later when I finally stop crying, I started yelling how much I hated that man. My mother put me to bed and told me; “Santa won’t come to a house with hate in it.” She would not have me hate anyone.

My mom took the hits when it came to her. When my sister or I were on the receiving end, she cared little for herself and would not let us be harmed or disrespected in any way. In the fourth grade, it seemed I was getting my ass beat daily. My teacher repeatedly told me to turn the other cheek.  My mom said for me to deal with a bully this way; “Michael, the next time that big kid hits you, pick up something and knock him over the head with it. Make him respect you. ”

The something was a metal backed chair. The head belonged to Ronnie Williams. I could have killed that kid, I didn’t, but he stopped fucking with me out of respect.

Jean Davis and Dwayne McDuffie are not here anymore. They would not stand for what’s happening in this country to people of color nor will I.

If I did, that means they can and will do it again. Why not? Cookies are cheap.